One of the most entertaining “brawls” in NBA history went down on this date back in 2013. I know I just called it a “brawl” even though it was really just a shoving match between Roy Hibbert and Steph Curry doing a pretty awesome impersonation of Jeff Van Gundy.

The fun started midway through the fourth quarter after an upset David Lee pushed Hibbert after a blown whistle. The 7’2′ 280-pound Hibbert pushed Lee back, causing the 6’3′ 180-pound Steph Curry to run over and grab Hibbert. Roy swung his arm and flicked Curry off like a bug on a shoulder. Curry then did his best Jeff Van Gundy hanging on Alonzo Mourning impersonation before getting up and going for round two. Once again, he was pushed off like a kid who doesn’t belong in a fight. Paul George then grabbed Curry and pulled him away before Hibbert actually realized who he was.

”Seriously, I didn’t even feel him,” Said Hibbert after the game. ”I saw some light-skinned guy. I don’t know if it was Klay Thompson or Steph Curry, I just knew there was a light-skinned guy by me.”

Not to get off-topic, but this quote reminded me of the hilarious story Kevin Durant told about meeting this 10-year-old “white kid” named Stephen Curry at an AAU event.

Back to the “brawl,” things eventually calmed down, the Pacers won despite a season-high 38 by Steph and David Stern handed out a few punishments: Hibbert and Lee were suspended one game without pay and Lance Stephenson and the two light skinned Warriors were fined $35,000 each for “escalating the altercation.”

“My mom was a little upset,” Hibbert told the Indiana Star. “She said I should have walked away. It’s unfortunate it happened. I watched the video and I saw there was a little kid that ran up out of his seat when all that happened.”

When Hibbert watched the video, he also finally realized which light-skinned guy was hanging on his leg during the altercation. 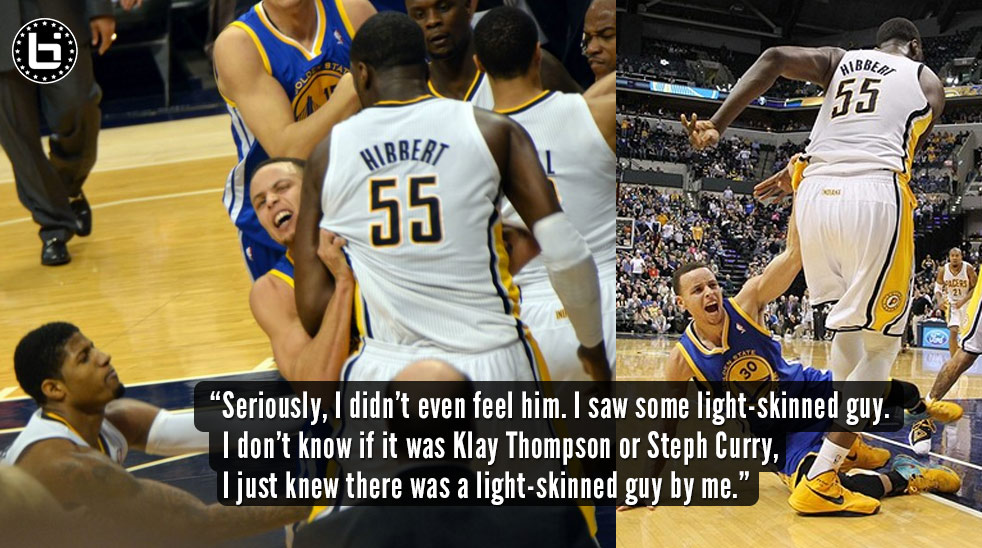 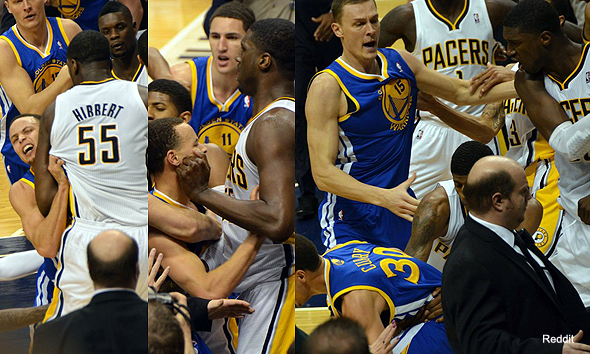 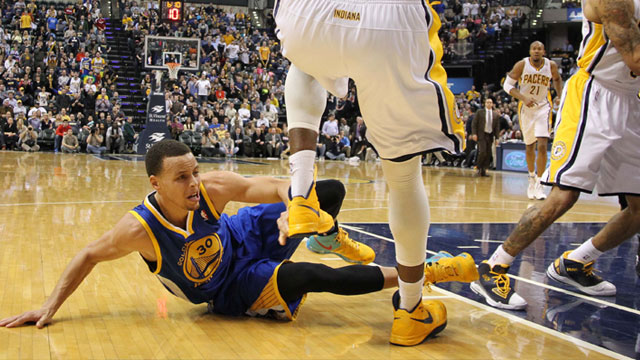