Didn’t come from no beef cause I don’t eat steak
I got a plate of soul food chicken, rice and gravy
Not covered in too much
Drinking a cup of punch, tropical
Every last Thursday of the month”
– Goodie Mob, Soul Food

That’s the end of one of my favorites verses from one of my favorite rap songs, which happens to be about one of my favorite types of food — soul food! It’s also a favorite of Kevin Durant, who had a plate of fried chicken, collard greens and mac and cheese before dropping 66 points in one of the most memorable Rucker Park performances in recent memory.

“He got me some good soul food and I was ready to go after that,” said Durant to Bleacher Report about that magical night in 2011. “I felt good; I felt right at home, actually. They looked out for me. The food was great, too.”

12 of KD’s 66 (eight points short of Joe “The Destroyer” Hammond’s Rucker Park record and two short of Steve Burtt’s 68) came in the final two minutes when he hit four consecutive 3-pointers — the last one caused the crowd to rush the floor to congratulate KD.

“It was one of the best basketball moments I’ve ever been around,” said Sean Couch, former Editor-in-Chief of Bounce Magazine. “After he made that last three, when everybody spilled out onto the court, he just stood in the middle of that crowd and let everybody touch him. He was hyped up. He was out there body-bumping with the kids. He shared so much of himself and invited everybody into his world that night. His bond with that crowd was so intense, it was like he was feeding off of them and the whole park was feeding off of him. I’ve seen Joe Hammond and Jamal Crawford shoot the lights out at Rucker Park before, but I’d never, ever seen someone do it quite like Kevin Durant.”

“That performance by Kevin Durant at Rucker Park was one of the most amazing performances I’ve ever seen. He hit so many shots from way behind the NBA three-point line, it was unbelievable. And his stroke was so pure. The kid was pulling up from damn near half court and the ball just kept going in.”

After the game, KD, who was given the nickname “I Am The Best” after knocking down 9 of 11 threes that night, took to Twitter to share his joy.

“No lie, just had one of the best times of my life at Rucker Park…wow! I love NY…Harlem waddup.”

So remember the next time you are about to go into a big game, put down the healthy food, shakes and energy bars and get yourself a big plate of fried chicken, greens and mac and cheese…. I’m kidding, but then again, Kobe Bryant had pepperoni pizza before he dropped 81 on the Raptors. 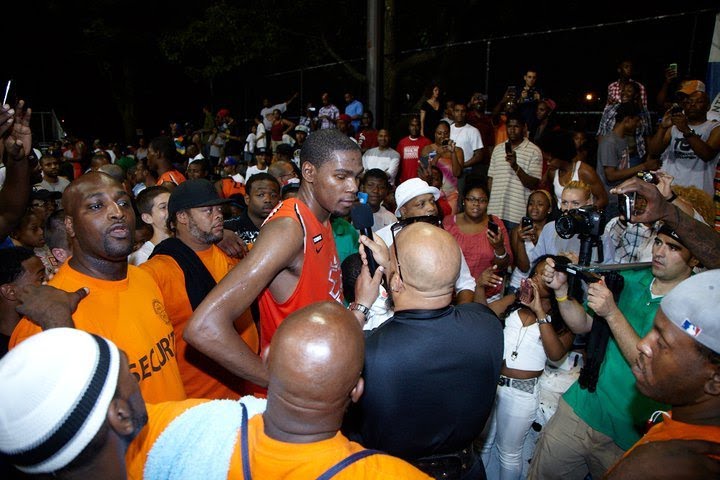 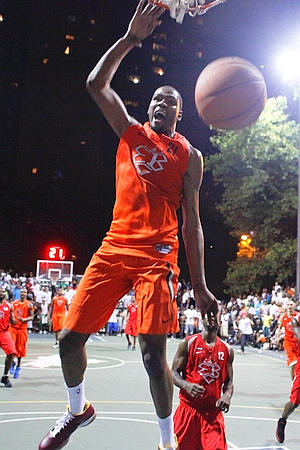