If you believe Tim Duncan is “greater” than Kobe Bryant, I’m not going to try to change your mind. I’m also not going to tell you how wrong you are, ask what you are smoking or how many churros (this only applies to the locals in San Antonio) you ate today. I’m just going to say, “to each his own,” while shaking my head and share this entertaining Pardon My Take podcast episode with the always quotable Richard Jefferson, who grew up a Lakers fan.

During RJ’s visit, the crew got into a discussion about NBA Gods and Goats and the former (Godawful) Spur said, “Kobe isn’t even better than Tim Duncan.” He then named the faces on his Mount Rushmore.

This is the second time (I can recall) he’s disrespected Bryant. The first is when he dunked on him in 2002. Bryant fans will tell you their idol didn’t get dunked on but he did. I actually discussed this with RJ during an interview and his response was, “Ooooooh, I did!” But it wasn’t his favorite dunk. That title goes to the time he posterized former teammate Klay Thompson at the age of 36. 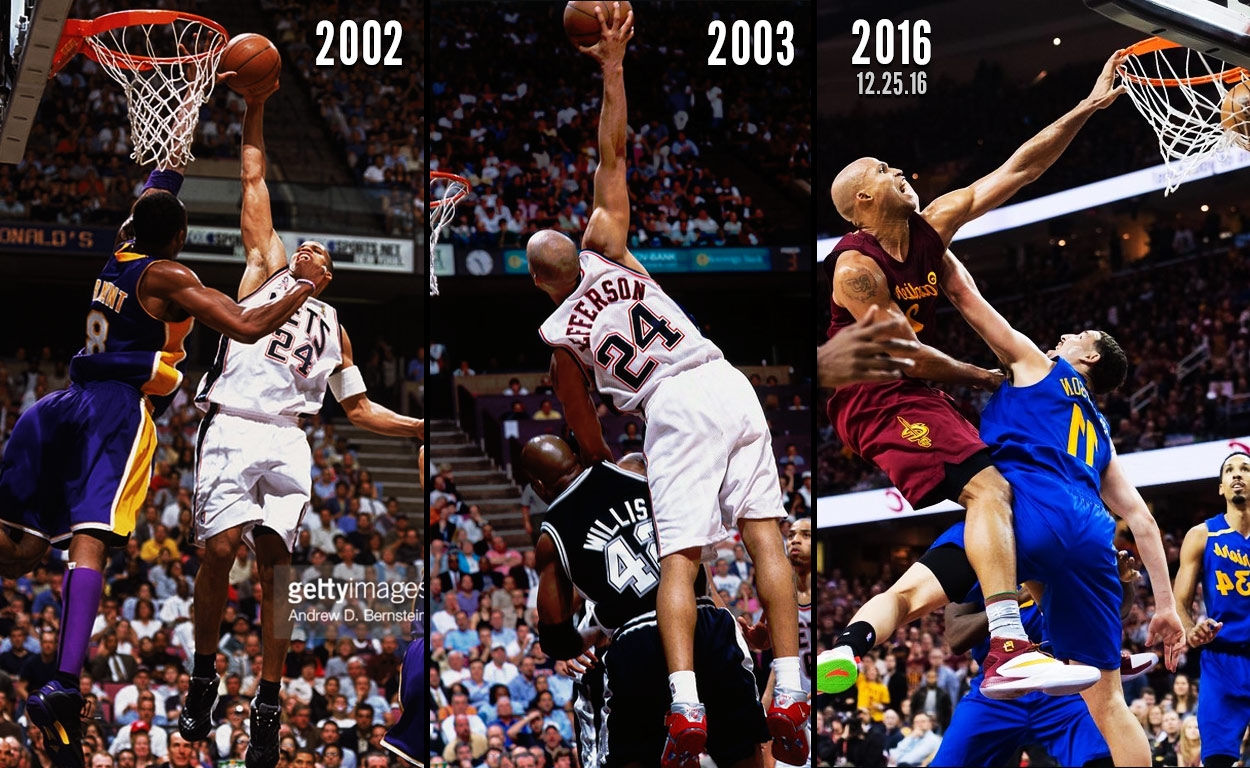 You can’t really blame RJ for not remaining a fan of Kobe and the Lakers. During his rookie season with the Nets, the Lakers swept them in the NBA Finals. I also have to point out that the Lakers beat (MVP) Tim Duncan and his Spurs 4-1 in the second round of the playoffs that year.

If you care to hear people actually try to argue if Kobe or Duncan is “greater,” than scroll down below the greatest Kobe vs Duncan video ever.