The Detroit Pistons made the wise decision of drafting college scoring machine Ricky Pierce with the 18th pick in the 1982 draft, but made the not so wise decision of never playing him. Granted, the Pistons had Isaiah Thomas, Kelly Tripucka and Vinnie Jonhson, so there wasn’t many shots left – even though this was the era of ridiculously high scoring games.

“My most frustrating year was my rookie year,” Pierce said to HoustonNews. “I sat on the bench the entire year. I played spot minutes here and there, but I might miss 5 games, 10 games without even playing. It was extremely tough. I had to go home and really working on some things.”

Not realizing how much of a talent they had on the bench, the pre-Bad Boys Pistons traded Pierce to the San Diego Clippers for 2 future 2nd round picks.

Pierce didn’t break out with the Clippers, but he got minutes and learned a lot from vets like Bill Walton and Terry Cummings.  Then after just 1 season with the Clippers, he was traded along with Cummings to the Bucks.  It was there in Milwaukee that Pierce finally got to shine and eventually became an All-Star and won the 6th Man of the Year Award twice.

The 2nd 6th man of the Year award came during the 89-90 season when Pierce was averaging a NBA record 23 points a game off the bench. The biggest highlight of the season came on February 27th of 1990, when Pierce came off the bench and dropped 38 points against the Bulls, who tried everybody from Michael Jordan, Scottie Pippen and their bench to slow him down. The 38 was his 4th consecutive 30+ point game.  He would have 6 more 30 point games in the final month of the season including a 39 points game vs the Nets…and yes he was coming off the bench for these games while averaging just 28 minutes a game.

He became an All-Star and a Sonic the next season and it was in Seattle where he finally became a starter. 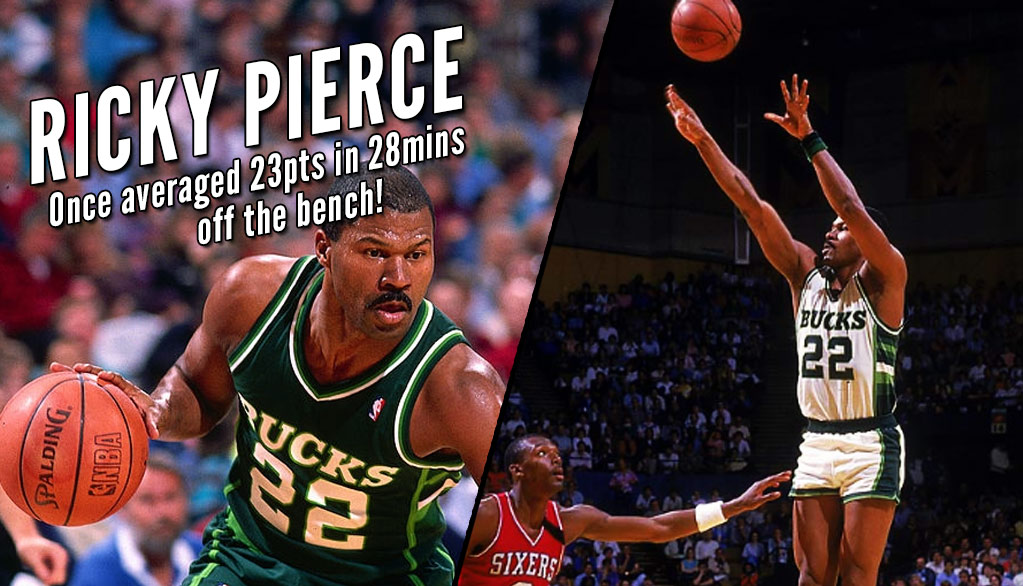