I’m biased because I’ve had the pleasure of working with Robert Horry on more projects than I care to remember over the past decade but if you find a way to piss him off then you probably deserved to get punched. I’ll admit he loves to talk $#it and break balls but he’s rarely not smiling, will gladly joke with any stranger that walks up to him and he even address strangers as sir and ma’am. So when I saw this footage of Big Shot Bob at the Nike 3on3 this past weekend getting more pissed than he was when he threw a towel in Danny Ainge’s face, I said to myself, “that guy must have got real personal.”

According to TMZ, the 7 x champ said he was just defending himself.

“The guy was trash talking the whole game. He shoved me. Where I’m from, you protect yourself.”

He also claimed the guy has a history of trash-talking his son so you can kind of see why Horry decided to check him the way he checked Steve Nash (Sorry Rob, I have to bring it up!).

All jokes aside, while I’m defending Horry and talking about beef, this is also a good time for me to bring up my beef with the basketball hall of fame for constantly overlooking Horry.  Here’s why I (along with Shaq, Kobe and Hakeem) think Horry belongs in the hall. 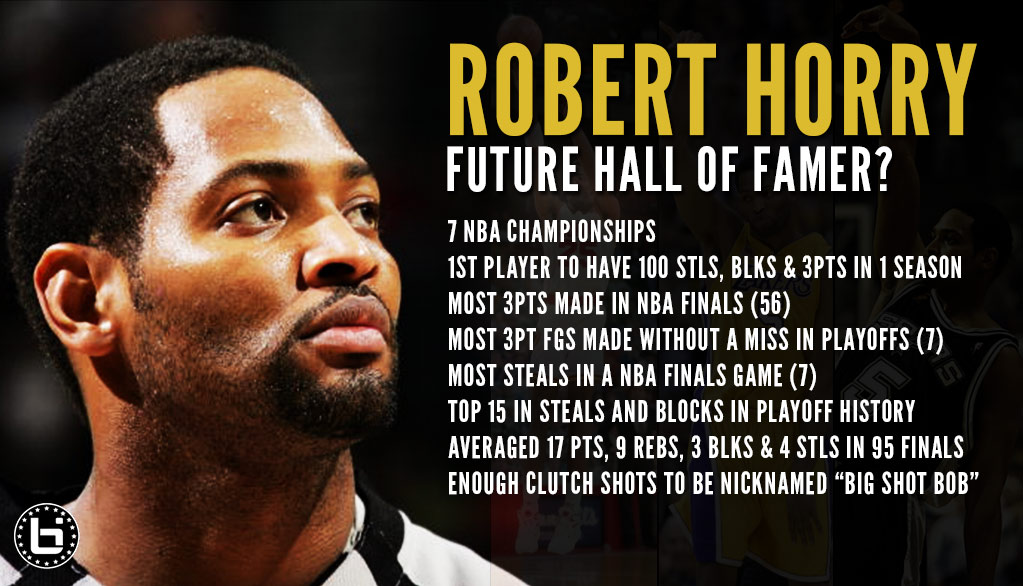