With a few seconds left before the half, Rudy Gay gave Kings fans something to cheer about when he gave Serge Ibaka a facial.  The dunk was so nasty that it caused the bench to go crazy and Jason Thompson to start clapping – by patting his head instead of high-fiving a teammate.

But the funniest high-five (attempt) came under the basket when an enthusiastic fan jumped up and tried to give a high-five to Gay; Gay left the guy hanging the way LeBron would. 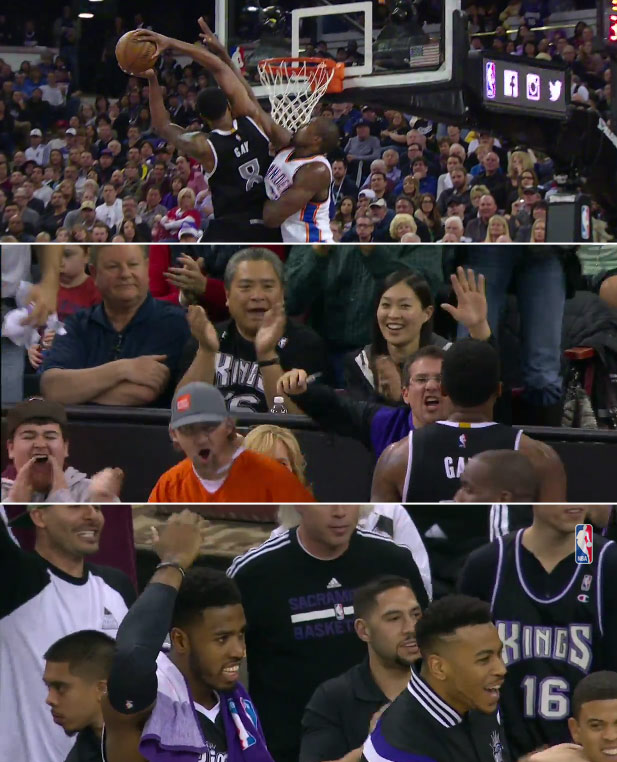 As for Ibaka, he didn’t get this block but he did have 7 blocks on the night and came away with the win so he got plenty of high-fives after the game.