“I was just playing, play after play,” Gobert said after feasting on a Zach Randolph-less Grizzlies team on Tuesday. The French Freak had 15 points and a career-high 24 rebounds in just 36 minutes. Surprisingly, the 24 rebounds was just 3 shy of the Jazz franchise record which was set by Truck Robinson (not Karl Malone) twice way back in 1977.

“Rudy is a presence,” Jazz coach Quin Snyder said. “He gets a lot of second-chance points which is important. He dominated the glass, and he contests.”

He also added insult to injury when he threw down a dunk in the final minute and gave a salute to the Memphis crowd. 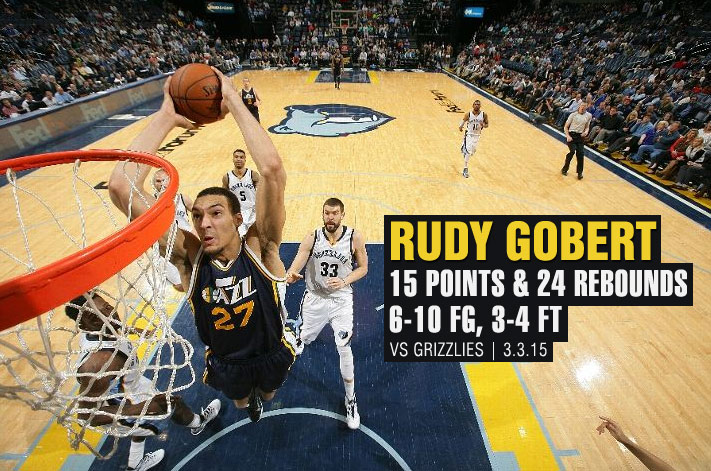