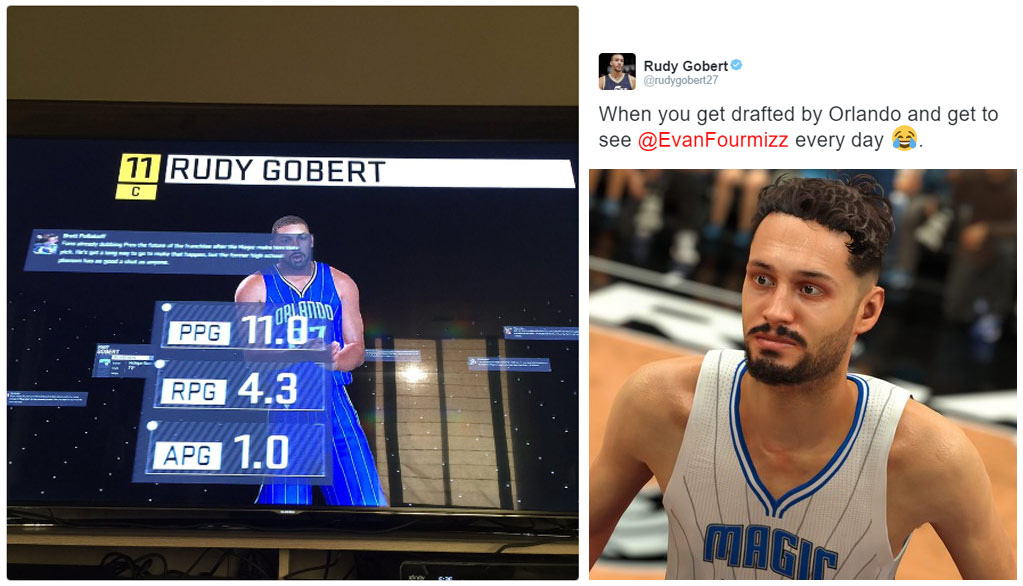 NBA2K should be cutting a check to Utah’s Rudy Gobert and Orlando’s Evan Fournier for all of the free promotion and buzz they are generating for 2K17.

Last month, Gobert asked all of his followers on Twitter to change their avatar to Fournier’s hilarious looking 2K face (above) and this past weekend, the two were back to promoting the game and trolling each other: Gobert posted a photo of himself getting drafted by the Orlando Magic in 2K17 and joked about seeing Fournier every day. The Magic player responded with this tweet.

Yeah about that… I talked to Rob and you're going to the D-league. Sorry bro. https://t.co/3jUm6ojRBa

Well, if Gobert puts up those 2K numbers in the NBA next season, he just might end up being traded.