Rudy Gobert pulled down 22 rebounds in a win against the Rockets last night giving The French Freak his 9th game of 10+ rebounds in his last 10 games.  7 of those were double doubles and 2 of them had 20+ boards.

Gobert has been a fantasy beast since showing out at All-Star weekend looks like he has the potential to become one of the best late 1st round picks (#27 by Denver) in recent memory.

The best play by Gobert on Thursday came when he threw down 2 of his 19 points over Terrence Jones and gave the crowd a salute. 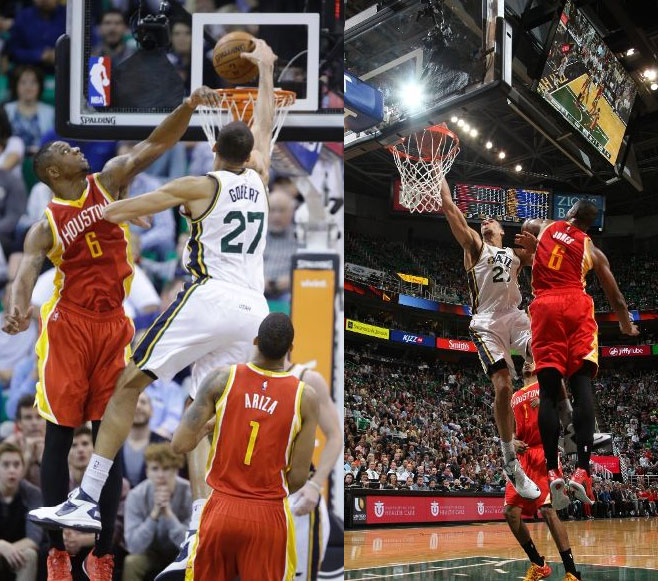 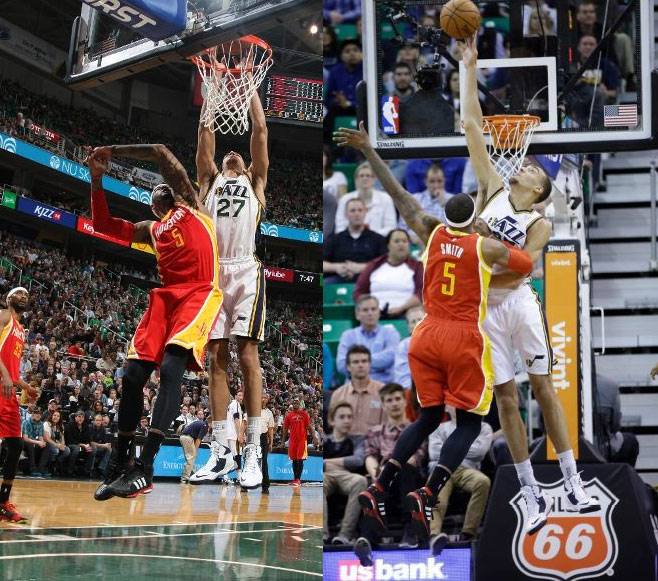