With the Jazz up by one with nine seconds left in OT, we almost had a RIP moment for Rudy Gobert. Instead, Gobert survived the dunk attempt by Willie Cauley-Stein, who calmly knocked down a pair of free-throws to put the Kings up by one.

After a time-out, George Hill missed a game-winner attempt and Gobert tipped it in at the buzzer for the win.

“I just saw it go left and I was like `OK, it’s a pass. I’ll just tip it in,” Gobert said. “I looked up once, but whatever happens I know it’s going to be their decision. Sometimes they get it wrong, too, so you never know.”

Gobert also had 24 boards to go with his 16 points.

He also had some fun trolling fans with a “would have been nice” comment on this B/R post. 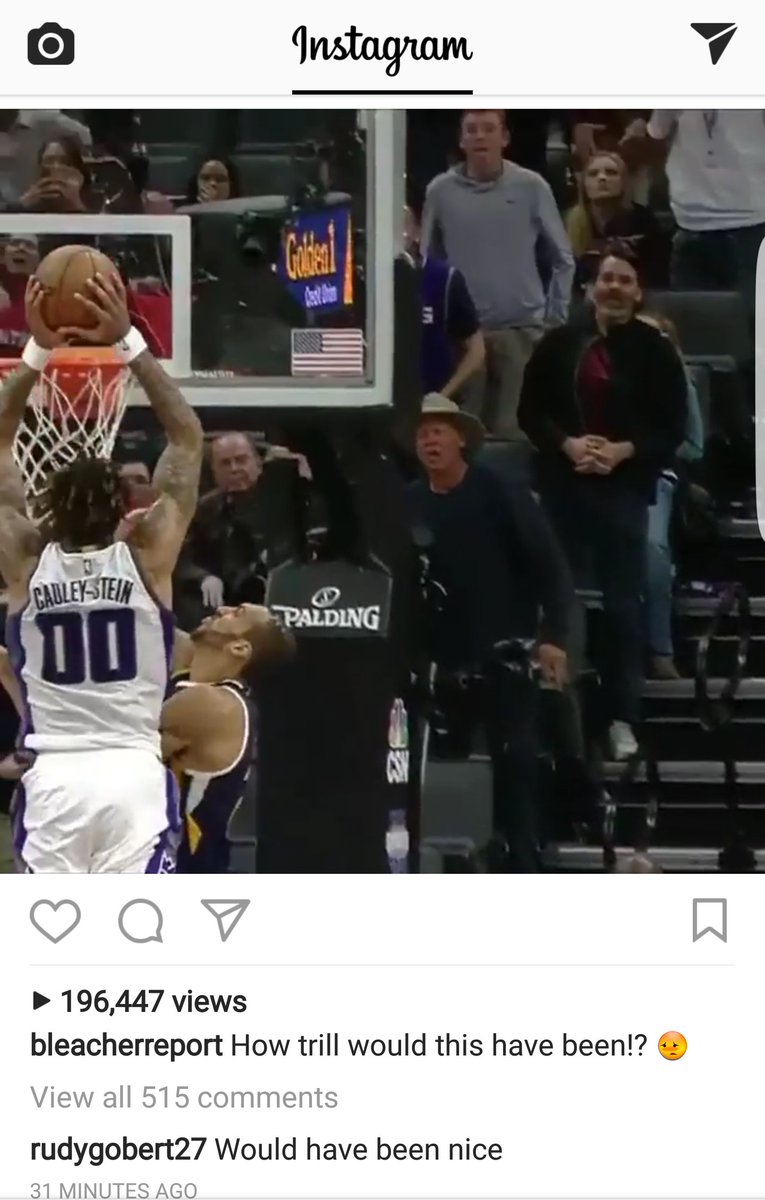