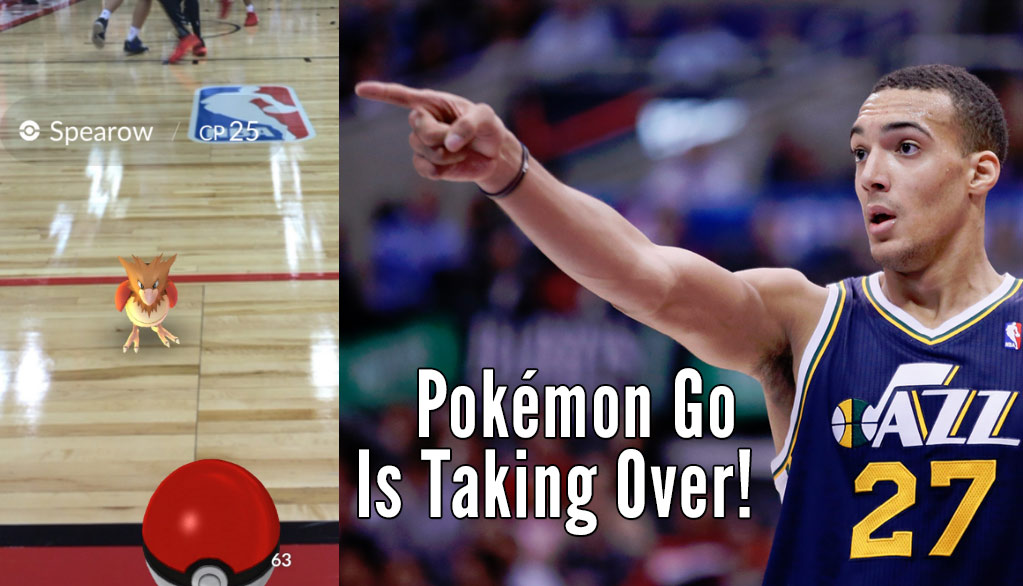 It looks like the Pokémon Go app is taking over the world.

On Monday afternoon, the controversial augmented reality game pissed off those idiots at Westboro Church when Clefairy took over their gym. Then later that night, Jazz center Rudy Gobert spotted a wild Spearow during a summer league game.  Being the seasoned Pokémon trainer Gobert is, he was able to handle Spearow and being a 7’2 24 year-old athlete, I don’t think he’s too worried about pedophiles and other strange people and things critics are worried children will find while playing the game.