“Russell’s at a high level, but he’s been playing this way for a long time, for a lot of years, and every year, like all the special players do, they come back a little bit better,” said Coach Scott Brooks.

The only other player in NBA history to pull off a 20/15/5 game in less than 30 minutes is Magic Johnson who did it twice.

With the reigning MVP out for atleast a week you can expect to see a lot more huge games like this so what I’m saying is no matter what he cost, put him in your daily fantasy league…and play Enes Kanter since he’s a steal at his price. 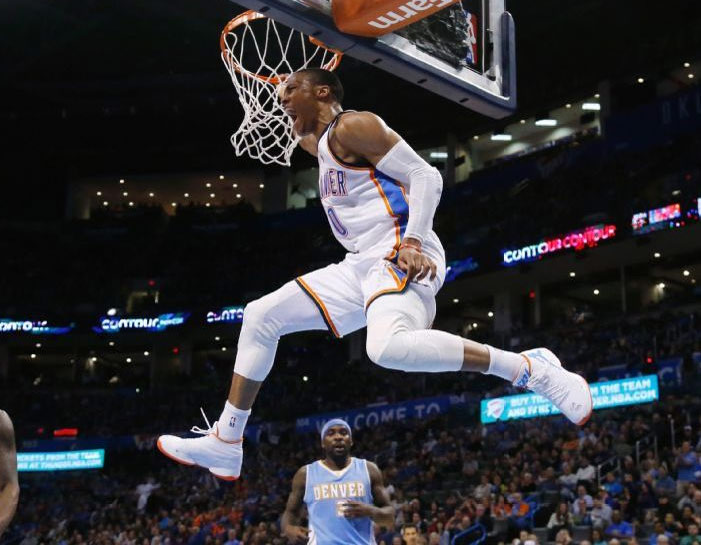