The KD and Westbrook show was in full effect against the Jazz on Friday night.  Durant scored a game-high 32 while Westbrook put up 25 points and 12 assists. It was the first game this season where the two OKC stars both had 25 & 5 games and just the 3rd time in the last 2 seasons where both scored 25 in a game.

Westbrook of course also had some monster scream worthy dunks. 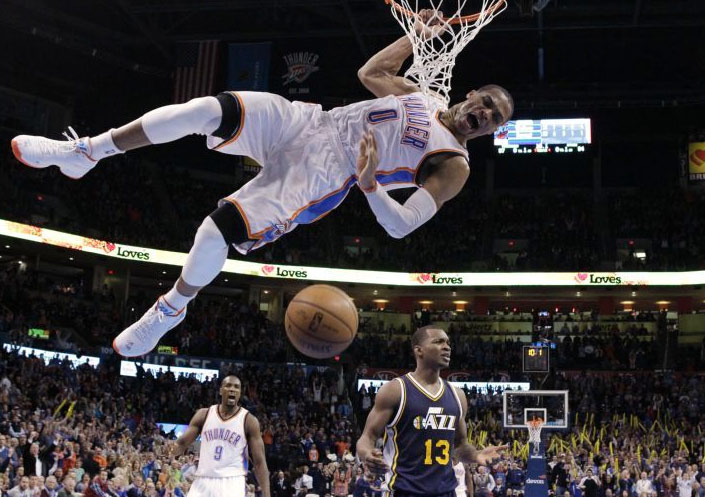 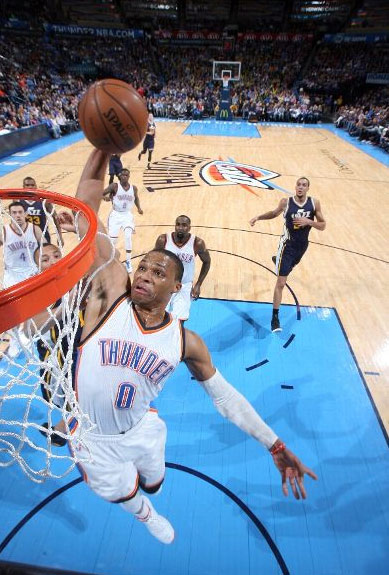