Without Durant in the line-up, the NBA All-Star game MVP showed why he’s aMVP candidate when he put up his (league leading) 5th 30 & 10 game this season with 33 points and 10 assists in a win over the Hornets.

“We feel confident with what we have as a unit, especially with the great pieces we have,” Westbrook said. “Once we get everybody healthy and rolling we are going to be tough to beat. For now we have to come in every night and take care of business.”

“Russell’s been a leader for many, many years and he’s done a great job of doing that,” coach Scott Brooks said. “He understands the situation and he understands that we have a lot of new guys. His communicating on the court, at halftime, during timeouts, was great. He’s a leader and guys listen to him.” 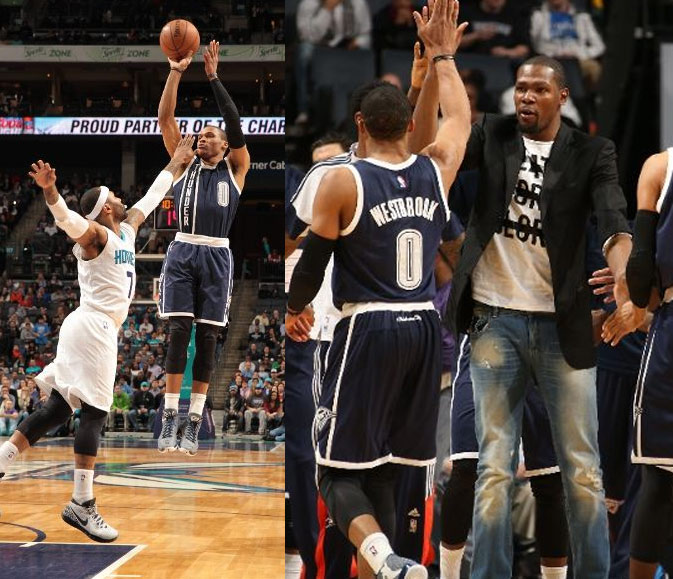