How can you hate on Russell Westbrook after watching this video? Who cares how he treats the annoying leaches that make up much of the media. Who cares how many shots he’s missing while he puts the Thunder on his back and creates a streak of amazing performances we haven’t seen since Jordan in the late 80s. Who cares that some of his outfits have Joan Crawford rolling in her grave.

19 year old Kerstin Gonzales, a single mother of two sure the hell doesn’t.  On Monday morning, Westbrook surprised her during a meeting with Sunbeam Family Services with the keys to the Kia car he won at All-Star weekend.

“Are they playing a prank on me or something?” Gonzalez said to Thunder when describing her reaction. “When he showed me the keys, I was like ‘this is real.’ That’s when I started to cry because it’s been such a hard time.” 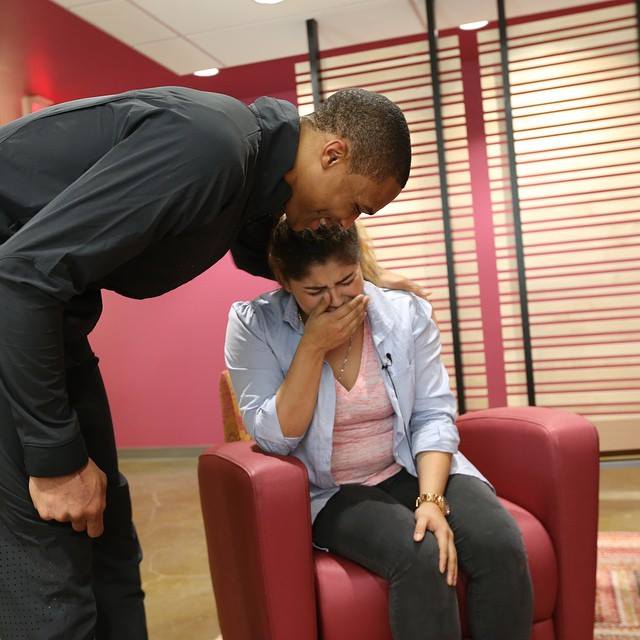 Kerstin had her first child at the age of 14 and has been working a job while raising the kids and trying to graduate high school this year.

“It’s so touching and so amazing knowing that there are people out there willing to help the ones that are in need,” Gonzalez shared. “He was amazing, he was sweet and so attentive to what I had to say. He’s a really awesome person.” 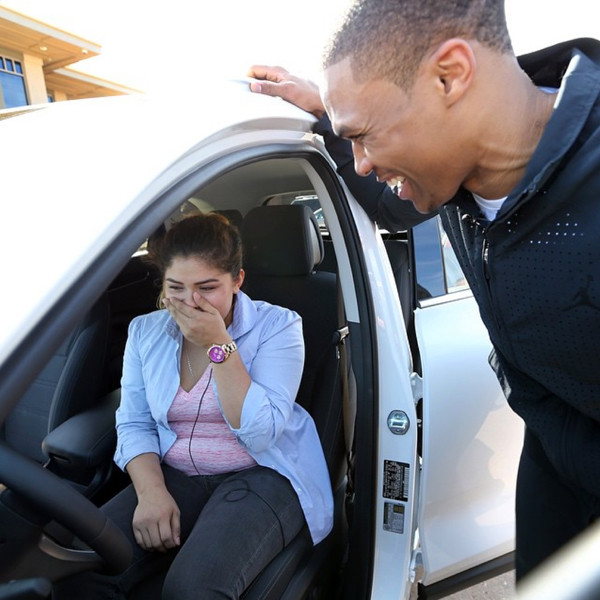 “There were definitely tears of joy and I could tell some tears of hard work and all the different things she’s been through in her life,” Westbrook said. “Today was a stepping stone in showing her that everything is going to be all right.”

Like I said at the beginning “How can you hate on Russell Westbrook after watching this video?” 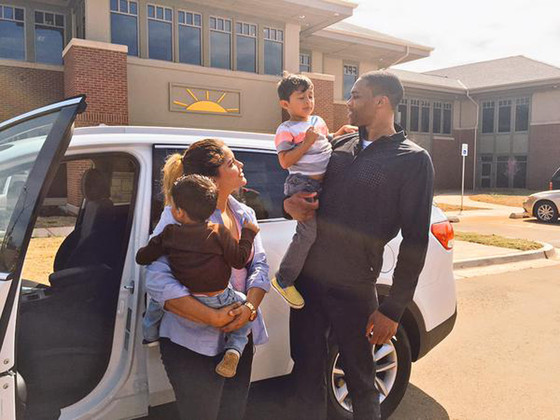 I should end the post right here but I have to answer the question and point out where so much hate lives and where many people, undeserving of love, love to share their hate. If you go to the this video on WSHH and scroll down to the comments section, you can read hundreds, yes hundreds, of the most upsetting comments towards Westbrook, the mother, the children and the entire story. Yes, some are just trolls, others are just joking but it’s just so upsetting to see something as wonderful of this and then to realize how unappreciated efforts like this can be by such a cruel community which is sadly much larger than it should be.