With the help of the refs, Westbrook didn’t score over 40 points and lead the Thunder to a win. Instead, Kevin Durant scored 44 and the Thunder still got the W. But again, thanks to the refs, the Suns only had to deal with Westbrook, who still scored 20 points, for only 17 minutes.

In the final minute of the 2nd quarter, Westbrook got a tech after a little tussle with Alex Len who did receive a flagrant foul. Seconds later, Westbrook received his 2nd tech after yelling, just yelling at no one in particular, after making an and-1 shot. 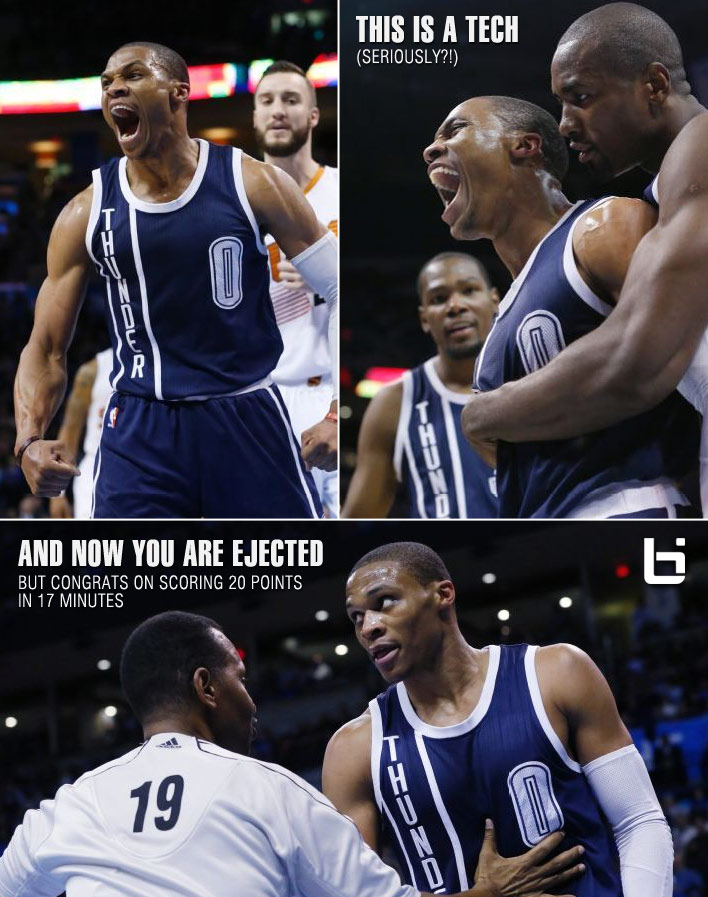 After the game, Westbrook wasn’t in the mood to answer any questions about the incident and gave a Marshawn Lynch style interview which rivals his infamous “trippin” one.