It was the Russell Westbrook show during the first half of the Thunder/Blazers game. Westbrook scored 26 points and either scored or assisted on 37 of OKC’s 54 first-half point.  The last 2 of those 26 was a dunk of the night nominee that had Kevin Durant and the OKC bench up and screaming.

Unfortunately for OKC, the 2nd half, 4th quarter in particular, was  a different story and Portland came out with a 106-89 victory despite only 10 points from Damian Lillard who was scoreless in the first half.

“We put ourselves in position to win the game but we don’t take moral victories around here and never will,” Westbrook said. “We just gotta find a way to close the game out better.” 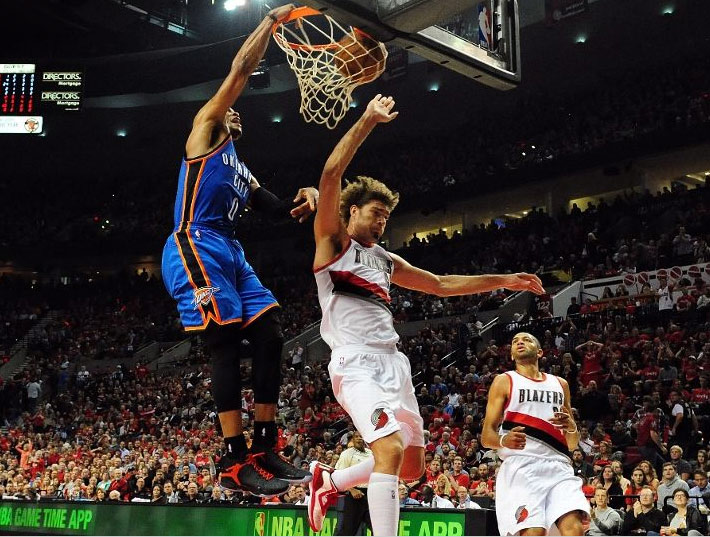