Going against Damian Lillard and the Portland Trailblazers, Russell Westbrook became the first player since LeBron James to record 3 straight triple-doubles. He also joined LeBron & Dwyane Wade as the only players since 2000 to record 5 games in a month with 30 points and 10 assists.

“The guy has the heart of a champion,” coach Scott Brooks said of the man he calls a walking triple double. “He comes out every night. There are no excuses ever. He plays the game with everything he has.”

The last player to record more than 3 straight triple doubles was Michael Jordan who had 7 straight (10 out of 11 games) in 1989. 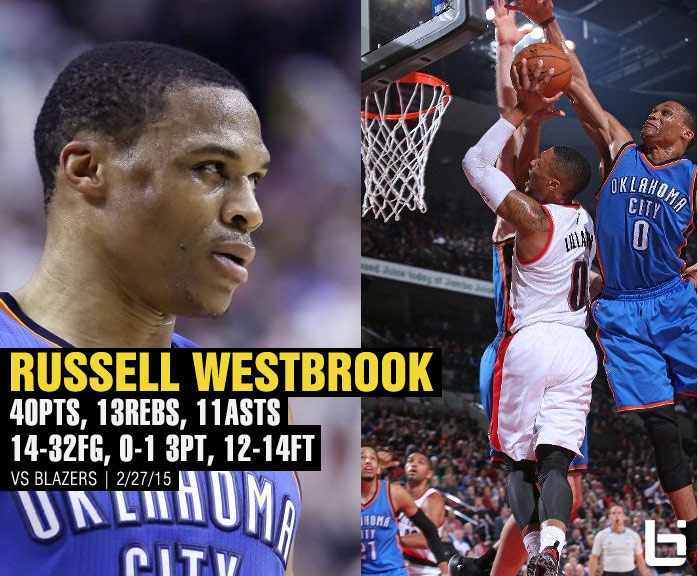