After winning MVP of the NBA All-Star game and then putting up some of the most insane stats (30/9/10 average) in recent memory for the month of February, Russel “Fractured Cheek” Westbrook started March off with another career performance.  The masked man set career highs of 49 points and 16 rebounds and also had 10 assists which gave him his 4th consecutive triple double.  The triple double made Westbrook the first player to pull off that accomplishment since Michael Jordan had 7 in a row back in 1989.

“It’s amazing watching him play,” 76ers guard Jason Richardson said. “You’ve got to take your hats off to this guy. He takes no plays off. He plays hard on both ends of the court. He rebounds. It’s amazing to see a guy who has that much passion about winning.” 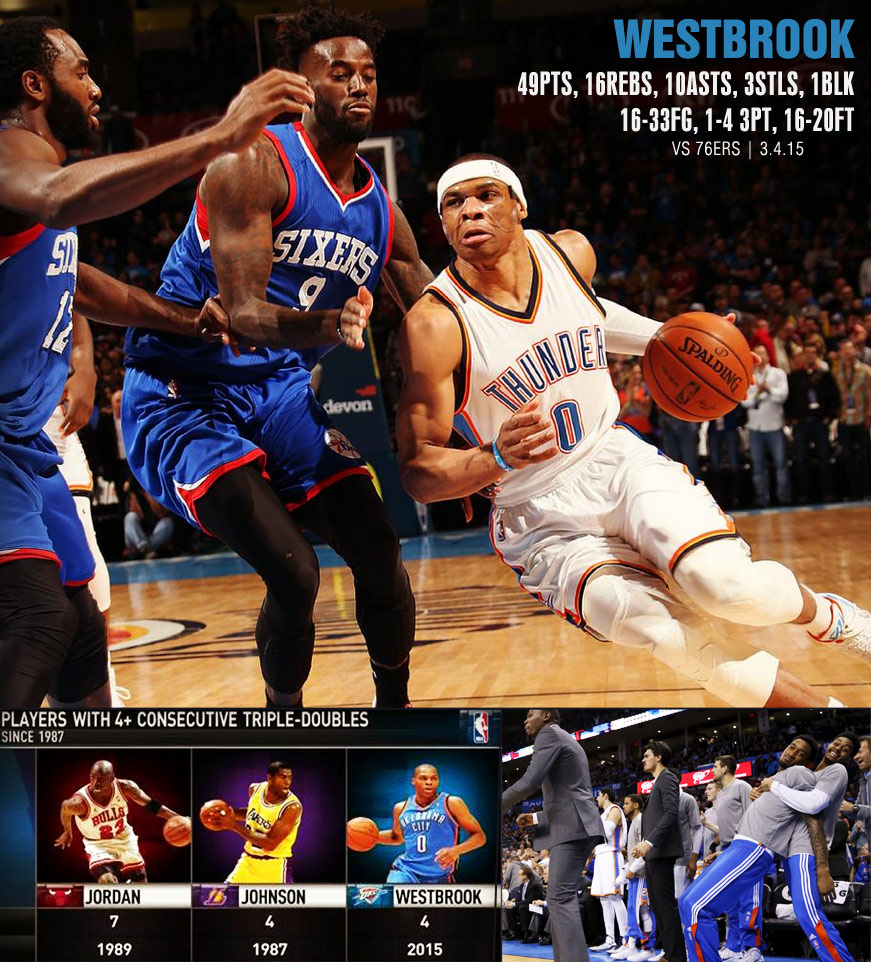