The BS he’s referring to is the 16th tech of the season that Russell Westbrook picked up during Sunday’s loss to the Pacers. The tech, if held up, will mean an automatic one-game suspension for Westbrook, who also picked up a career-high 54 points to go with 9 rebounds and 8 assists.

“I’m pretty confident this one will be rescinded,” said Coach Scott Brooks. “That’s not my decision, but I feel confident about it.”

The All-Star MVP and league MVP candidate scored 22 points in the first quarter and 20 in the final quarter on his way to his career-high, which was accomplished on a career-high 43 field goal attempts. When asked if he thought he was taking too many shots, Westbrook said “I don’t really give a damn what nobody thinks to tell  you the truth. I really don’t care. Every night I go out and compete harder than anybody else in this league. As long as my teammates don’t have a problem with it, I’m good with it.”

Hopefully the league does have a problem with that 16th tech and rescinds it, which is very likely since they also rescinded his 15th tech which came a few weeks ago. 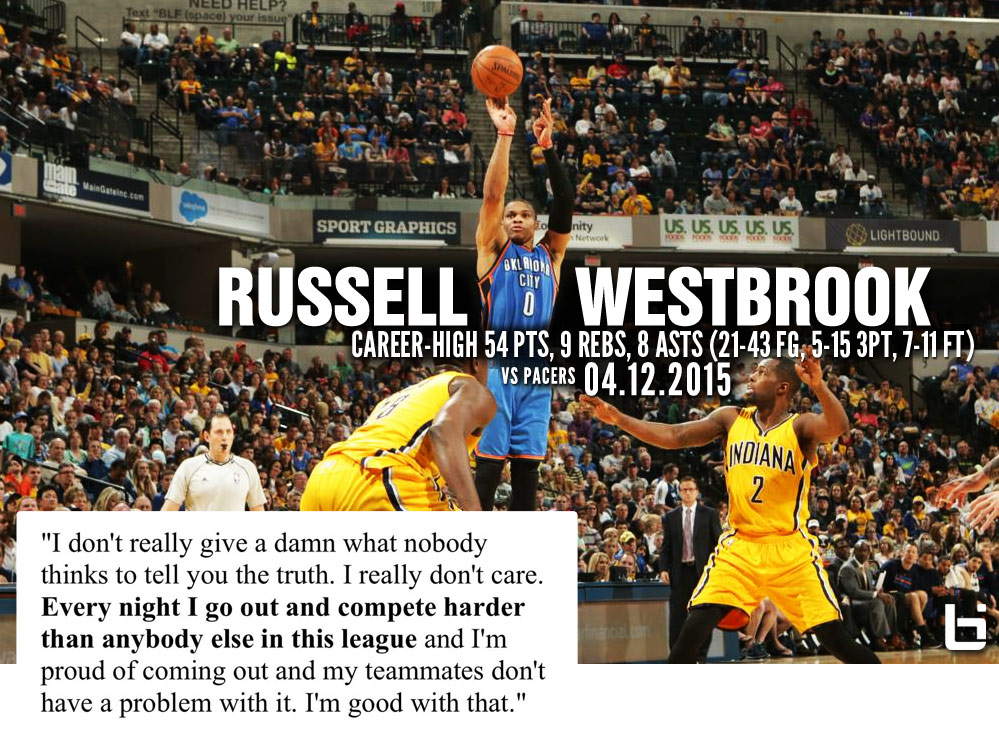