“The way he’s impacting the game right now for that team (Thunder) over the last month, he’s impacting it at a higher level, I think, than Kevin Durant ever has.” said Tim Legler on NBA Coast to Coast.

Westbrook continued to make every person who owns him in a fantasy league very happy as he racked up his 3rd triple double (20/11/10) of the season in just 3 quarters against the Pacers.

“He just continues to stack games up on top of one another,” Thunder coach Scott Brooks said. “He’s played well. He’s doing a great job of leading us, leading the new guys and leading the group. Making it all come together.”

Since winning MVP of the All-Star game, Westbrook has averaged 27 points, 12 assists and 8 rebounds! 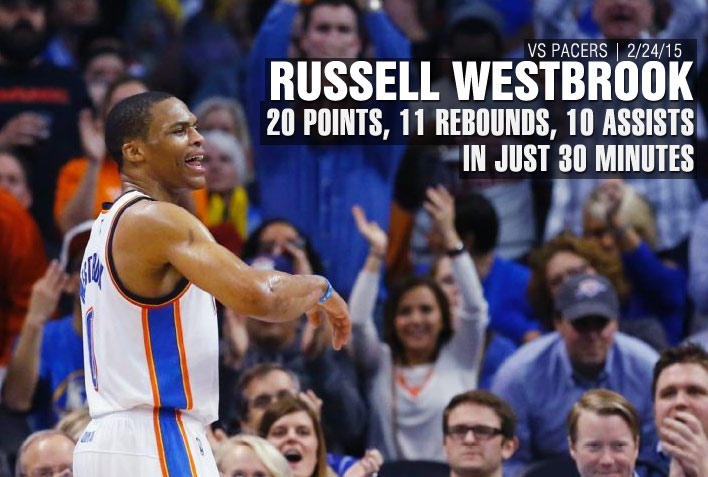