Triple-double machine Russell Westbrook was all smiles on Wednesday night after making history and recording the very first “perfect” triple-double, meaning the first triple-double without missing any shots. He only attempted six shots from the field and charity stripe in 27 minutes against the 76ers but made all 12 of those shots. In the past 30 years, Draymond Green (twice) and Bo Outlaw have had triple-doubles without missing a field goal but both missed free-throws.

“I was just trying to play, trying to take my time,” Westbrook said. “I’ve been watching some film, trying to pick my spots better. I found ways to continue to get my teammates involved throughout the game and it just happened that way.

Teammate  and co-President of the Westbrook for MVP club was also all smiles when talking about the performance.

“It’s amazing, especially for a point guard, because he’s shooting threes, twos, inside, outside,” said Enes Kanter. “For a point guard, he’s doing an unbelievable job, playing his game, having fun.”

This triple-double also marks his 35th of the season and fifth against the 76ers, his highest total against any franchise.

AVERAGING A TRIPLE-DOUBLE AND NOT WINNING MVP 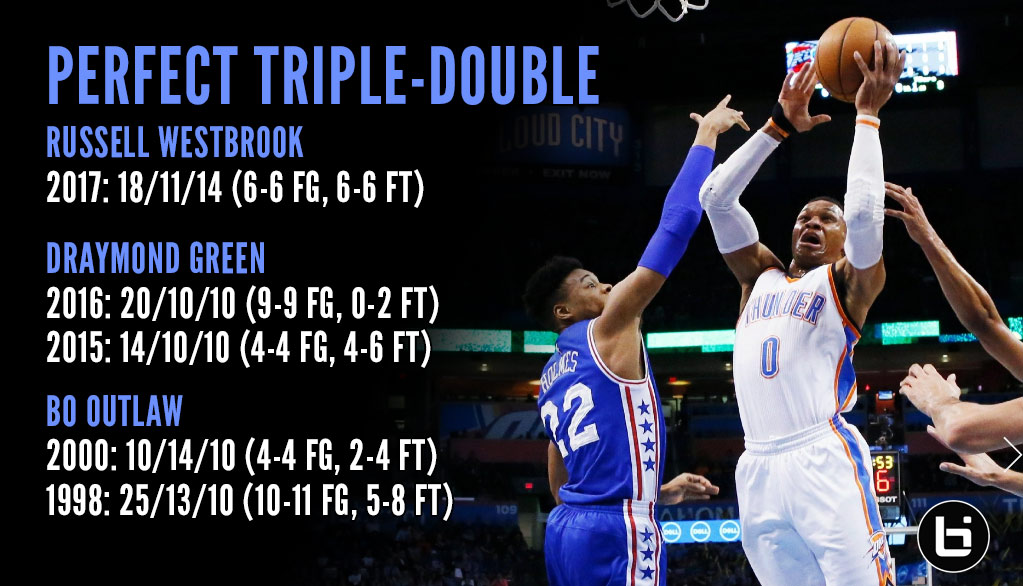