Russell Westbrook’s triple double streak ended but his 40 point streak and streak of basketball dominance continued on Thursday when the Thunder lost to the Chicago Bulls on a game-winning 3 by E’Twaun Moore.

“He’s not happy that he scored a bunch of points and got a bunch of rebounds and assists and we lost the game,” Thunder coach Scott Brooks said. “Russell is about winning and about winning only.”

He might not be happy about the stats but we can’t stop praising Mr February for them. He scored 19 of his 43 points in the 3rd quarter and also flirted with a triple double with 8 rebounds and 7 assists. His ridiculous averages over his last 5 games are 38 points, 12 rebounds and 10 assists.

But like Brooks said, Westbrook is about winning and this had to be as tough of a loss as any this season considering the game-winner was made over him and he stepped out of bounds on the final play

“Just trying to get a good shot. I should have passed to Serge,” Westbrook said. “That was a bad decision on my part. He was open and I should have hit him.” 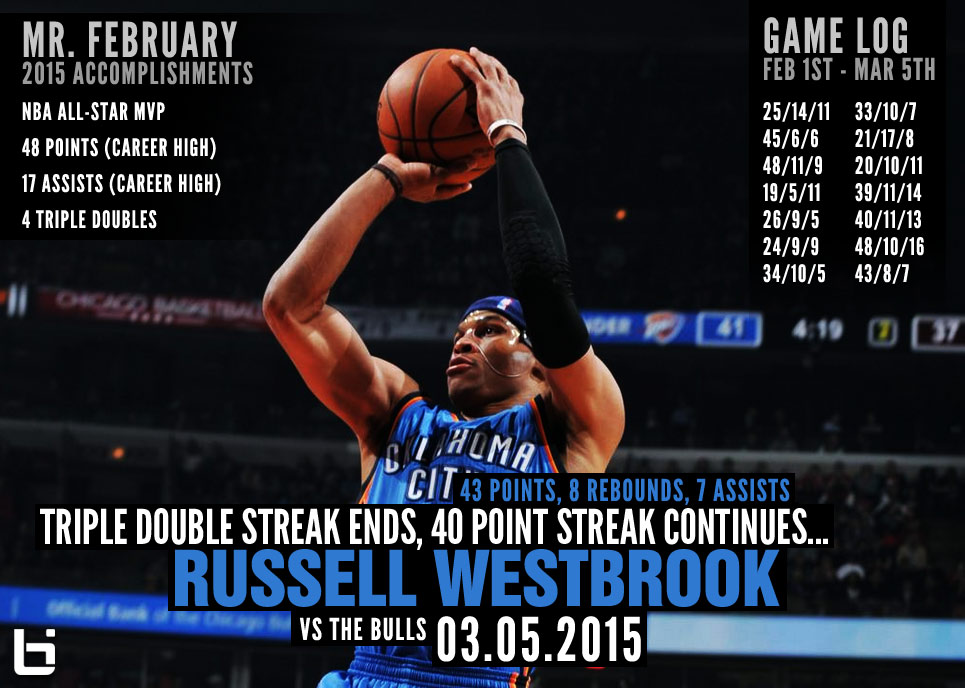