Before last weekend’s Ballislife All-American Game, I heard Rutgers commit Corey Sanders was a human highlight film on the court and just as entertaining off of it. Within a few minutes of watching the Central Florida standout at the game’s practice and in the hotel before practice, I was agreeing with everything I heard about Sanders over the past year. When he was on the court, I kept expecting to see an ankle get broken or a defender get dunked on and then as soon as there was a break in the action, I was expecting to see him rapping and dancing with his teammates or the player he just crossed or tried to posterize.

Then came the big game, which was televised on CBS Sports Network, and Sanders didn’t disappoint. Midway through the first half he threw down a nasty baseline reverse dunk, then stole the inbound pass and took off from what seemed like a foot within the free throw line for a 1 hand dunk (1:52 mark on the following vid).

The crowd went nuts and nuts they went a few more times. He finished the game with 9 points, 4 assists, 3 steals, 3 rebounds, a few verses and a few memorable moments that made me say “yeah, this guy really is the most entertaining player in the country.” 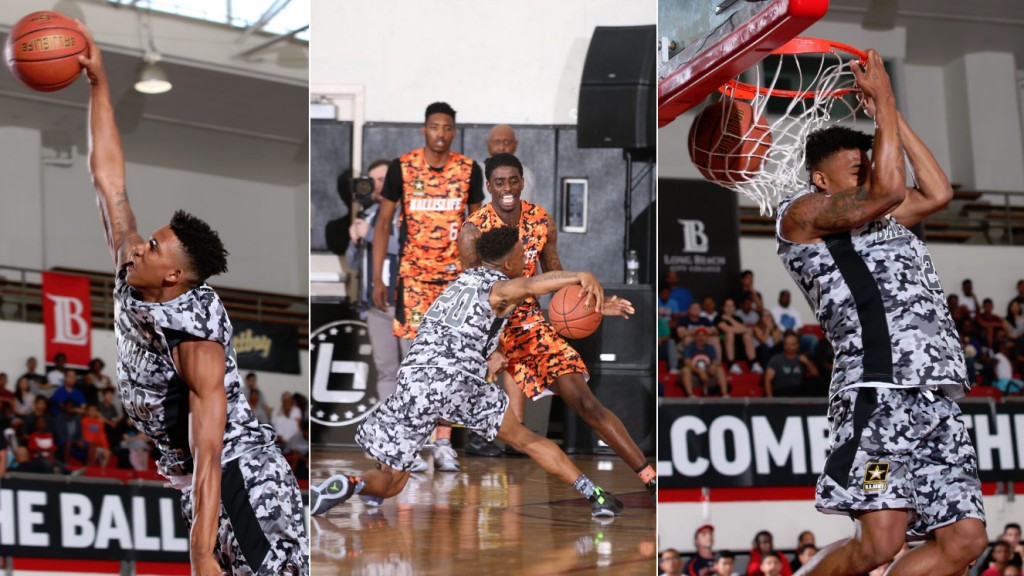