The dunk by the 6’10” pale posterizer was so shocking, Len’s teammate, Josh Jackson, had a bench reaction as if he was Anderson’s teammate.

As for Anderson’s teammates, they jumped off the bench and paced back and forth in disbelief. James Harden stood with his hand on his head and then jokingly motioned for a time-out so they could congratulate Anderson, who broke out of a scoring slump with 18 points (his most in 18 games) and 7 boards.

During a postgame interview, Anderson said he felt pretty good going up, then looked at the camera and said, “Don’t expect to see too much of that.”

Coach Mike D’Antoni joked that the dunk “went straight to ‘Rare Footage in the NBA’. Went right to the vault.”

Although Anderson dunks aren’t a common sight, he has had his share of decent dunks over the year.

In 2016, as a member of the Pelicans, Anderson reminded Kobe why it was time for him to hang up the sneakers with this dunk…

The dunk was so impressive, even a Kobe fan celebrated it. 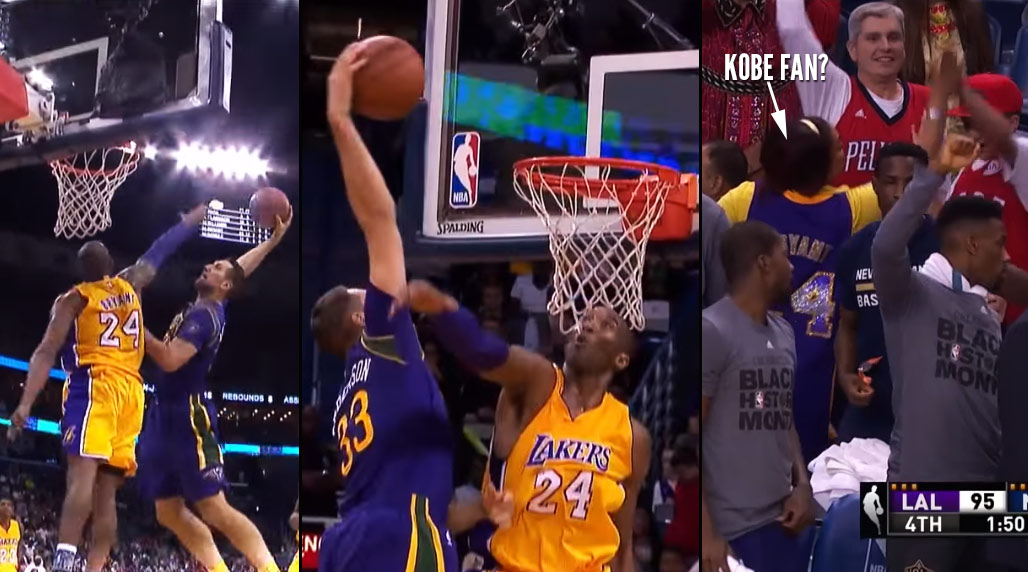 Here’s some trivia for you: Both Kobe and Ryan Anderson made unreleased rap albums. Kobe’s Trackmasters-produced album was completed but shelved for being bad by even ballers-turned-rapper standards. Anderson was part of a rap group named ‘James Clay’ with former Magic teammate and battle rapper J.J Redick.

Anyways, I’ll end this by showing a 2015 dunk by Anderson against some of his current teammates.