If you thought Larry Nance Jr’s poster dunk on Saturday was crazy, Ryan Kelly might have just topped it with his game-winning poster dunk.

Down by 5 with 15 seconds left in regulation, the Blazers hit a jumper making the deficit 3. Ryan Kelly then made a horrible inbound pass which ended up in the hands of Pat Connaughton who hit a 3-pointer to tie the game up with 4.8 seconds. On the final Lakers possession, Kelly recieved the inbound pass, faked out his defenders, drove down the middle and posterized Noah Vonleh. Vonleh had a chance to redeem himself but his 20 footer at the buzzer was off.

Kelly finished with 9 points, 4 rebounds in 12 minutes and his game-winning dunk was half of the field goals he made in the game – the other was a 3.

I guess it’s a safe bet that this dunk will top the following dunk as Kelly’s most memorable NBA dunk. 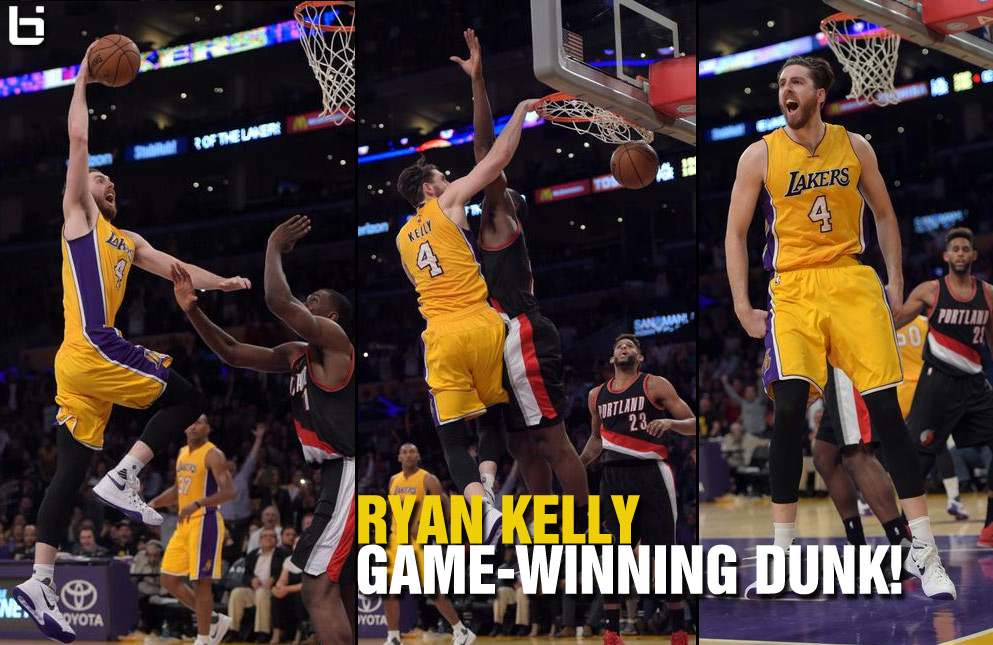 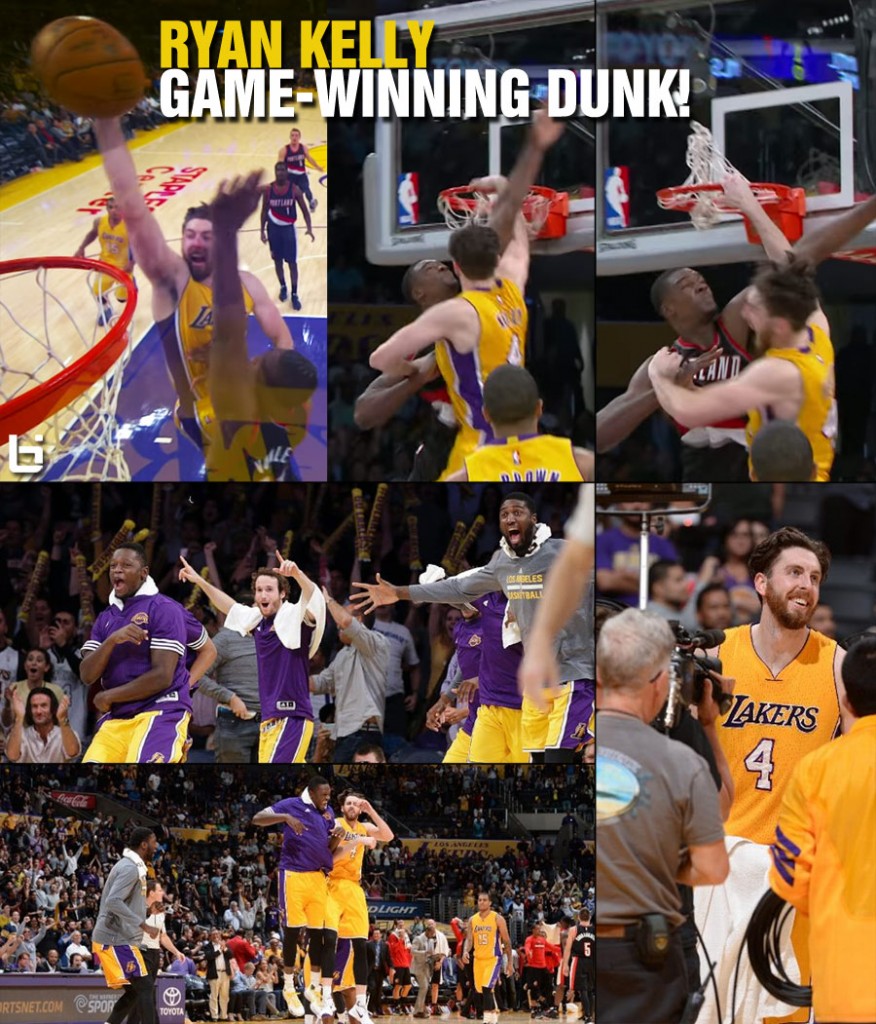