It’s hard out here for a Pip.

In 2015, Shaq called Hall of Famer Scottie Pippen nothing more than a “sidekick” during a (very amusing) war of online words. A lot of people on the internet took Shaq’s side and I’m assuming those are the same people who considered Kobe nothing more than a Shaq sidekick during the Lakers dynasty in the early 00s.

Pippen obviously sees himself as much more than Robin from the 90’s Chicago Bulls; he sees himself as “LeBron before LeBron.” I don’t think he’s either, but I get what he meant and I do think the seven-time NBA All-Star with six rings and eight All-NBA 1st Defense Honors on his resume does deserve way more love and credit than he’s usually given — especially today.

The member of the NBA’s Top 50 All-Time team turns a year wiser today, so in honor of the Chicago Bulls great, who finished 3rd in MVP voting when Mike was hitting baseballs and is married to the great looking Larsa Pippen and produced as many great and nasty looking posters as anyone in NBA history, here’s a collection of some of Pippen’s greatest moments and performances.

THE HALL OF FAME 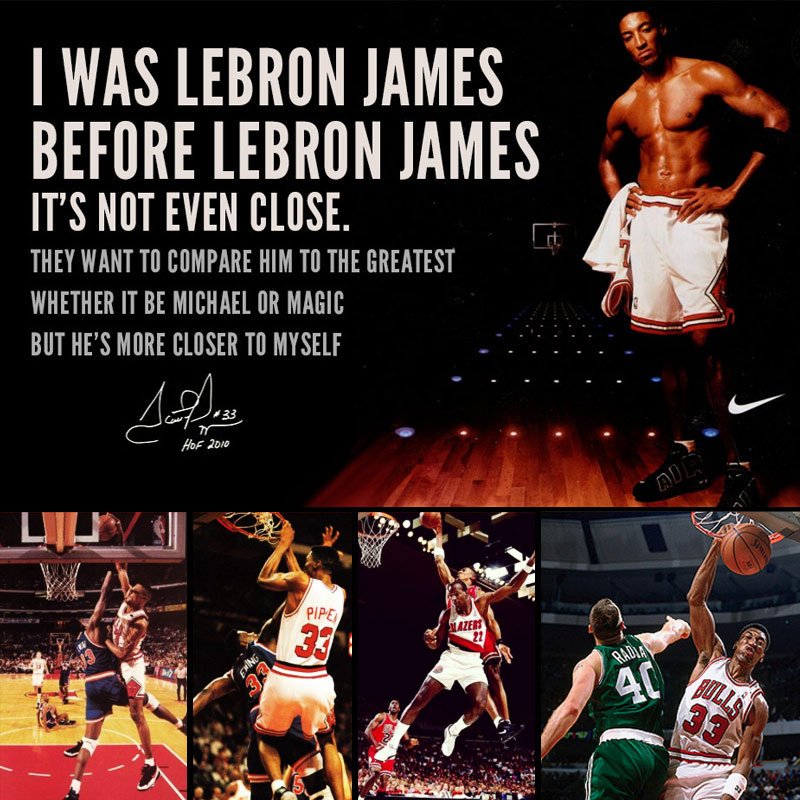