Even when their shots aren’t going, those Curry boys never get trigger shy. Seth Curry missed 8 of 9 3-pointers on Saturday night and was 9 of 23 from the floor but still ended up with a game-high 25 points in the win over the Mavs. Curry also had a game-high 5 steals and team-high 7 rebounds in 32 minutes of action.

“I think Seth has been exactly what I felt he could be,” said Coach Gentry. “He’s someone who can be a scorer in this league. To me, the most pleasant thing that he’s done is that defensively he’s been really engaged and done a good job there. I don’t think he shot the ball exceptionally well, but he found a way to score 25 points and so, to me, that was really, really encouraging.”

In his Summer League Debut with the Pelicans on Friday, Curry scored 19 of his 30 points in the 2nd half.

“I’m not shooting as well as I want to from the 3-point line, but I’m making plays and scoring in different ways,” Curry said after Saturday’s win. “So I’m playing the way Coach Gentry wants us to play.” 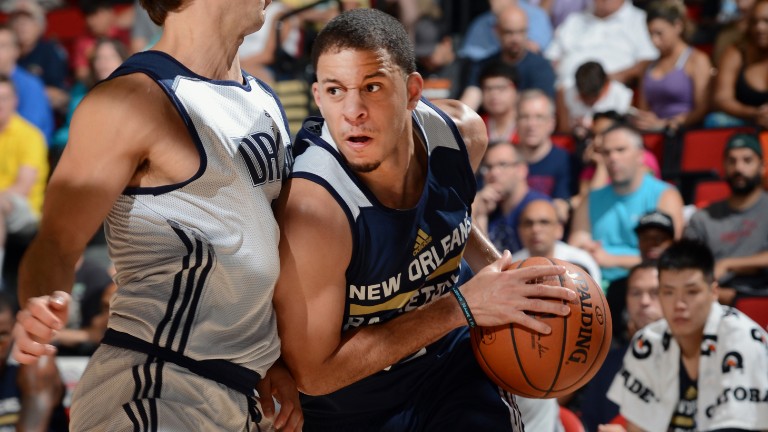