I’m not big on conspiracy theories but if Seth Curry doesn’t end up on a NBA roster when the season kicks off then I’m going to have to come up with a few because the man belongs in the NBA.  As much as I enjoyed watching him hit game-winners and drop 44 points in the D-League playoffs last year, I want to see the D-League All 1st Teamer on a TNT game going against his brother –  not sitting with his father cheering on his brother.

“I haven’t really gotten the opportunity to actually get on an NBA floor and show that I can play well at that level,” said Curry to NBA.com. “I mean, I’ve played well in summer league before, I’ve played well in the D-League. But when I’ve gotten called up (to the NBA), I haven’t really gotten a chance to get on the floor and stick. Hopefully I get that opportunity soon.”

”Just watching it up close, I think it fits my style of play,” Curry said of Alvin Gentry’s fast tempo system. ”I’m sure I can go to him (his brother) for any questions I want.” 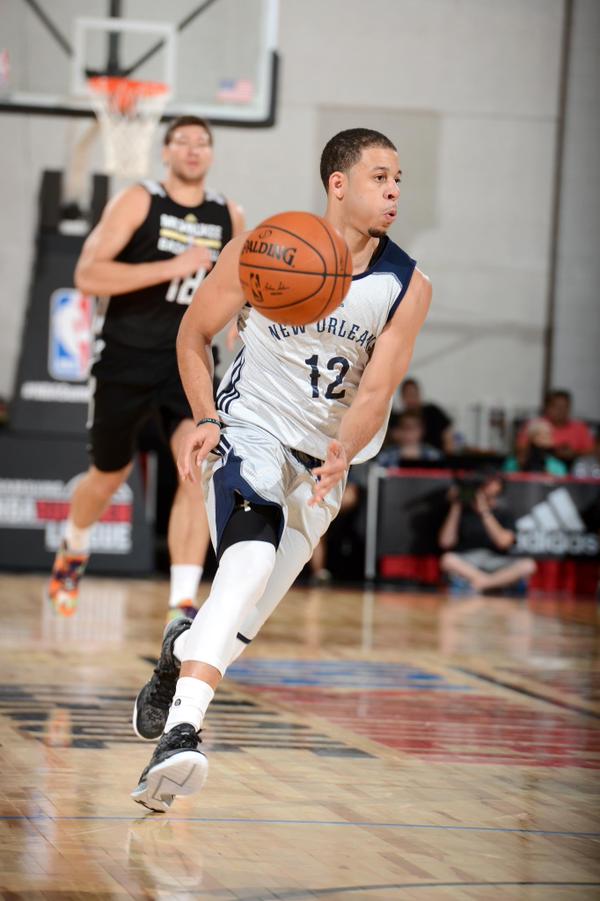 BONUS VIDEO: I AM SECOND