.@sdotcurry came through and lit up #thedrew last night. He had 20 1st half points. Not enough to save Tradition. https://t.co/kYFyO0j7uZ

After tearing up the Summer League, which included a game where he scored 21 2nd half points against his brother’s team, the newest member of the Sacramento Kings, Seth Curry, paid a visit to the Drew League and lit up the competition for 20 points in a half!  He was so hot that after falling into the opposing team’s bench after a made 3, the opponents helped him up and fanned him with their towels to cool him off.

Unfortunately for Team Tradition, Curry’s teammates weren’t so hot and only scored a total of 6 points on 3 of 20 shooting in that same half. 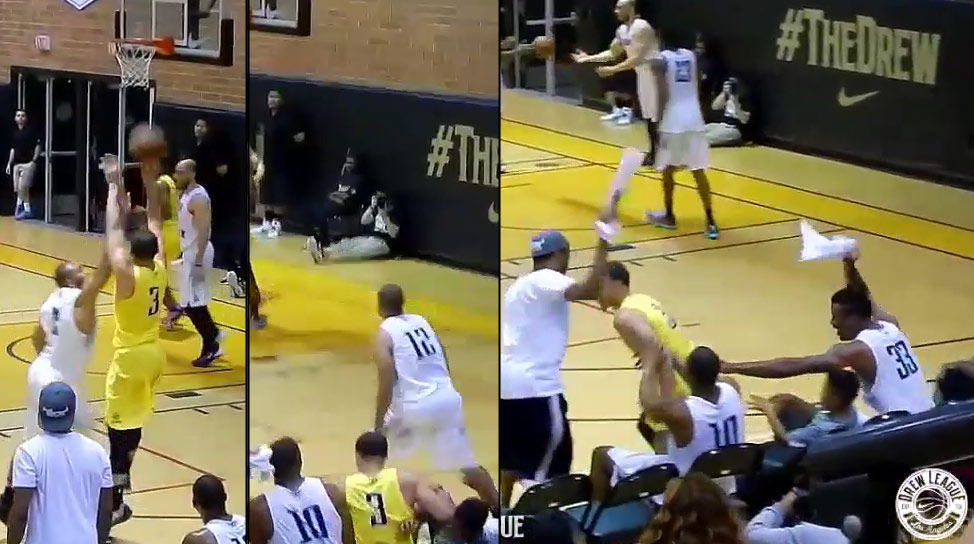