Seth Curry has been one of the stars of the Summer League with his league leading scoring average and on Saturday showed once again why he belongs in the league.  Despite a slow start – which included missing his first 4 shots and going scoreless in the 1st – Curry finished with 24 points after dropping 21 in the 2nd half against his brother’s Golden State Warriors.

The Warriors outscored the Pelicans by 8 in the first quarter and pushed the lead up to 14 early in the 2nd.  But it wasn’t a one-man show that brought the undefeated Pelicans back. They got 22 from Victor Rudd and 19 from (8-12 FG) from Fuquan Edwin as well as a game-high 7 assists from Larry Drew II. Drew has 28 assists in his past 3 games.

The 5-0 Pelicans will advance and play the Suns in a semi-final game on Sunday. 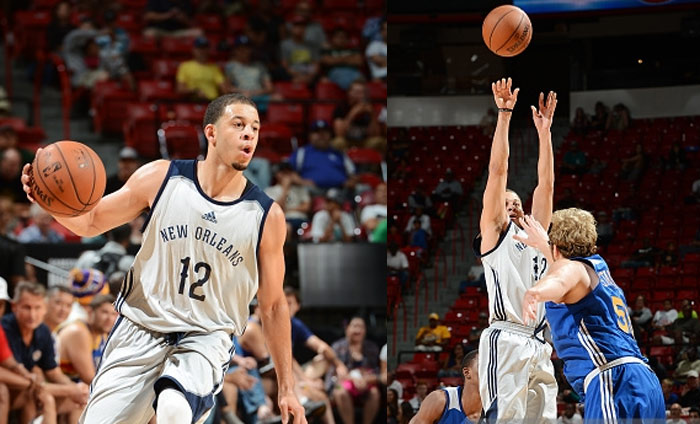