Shaq’s team came away with a 1 point victory but it was Shaq who provided most of the excitement. At one point in the game he picked up a player to help the height challenged baller dunk and another time he celebrated with an opposing player after Mike Miller ran on the court to celebrate with the player.

The highlight of the evening might have been watching Shaq and Miller compete in a 3-point contest. 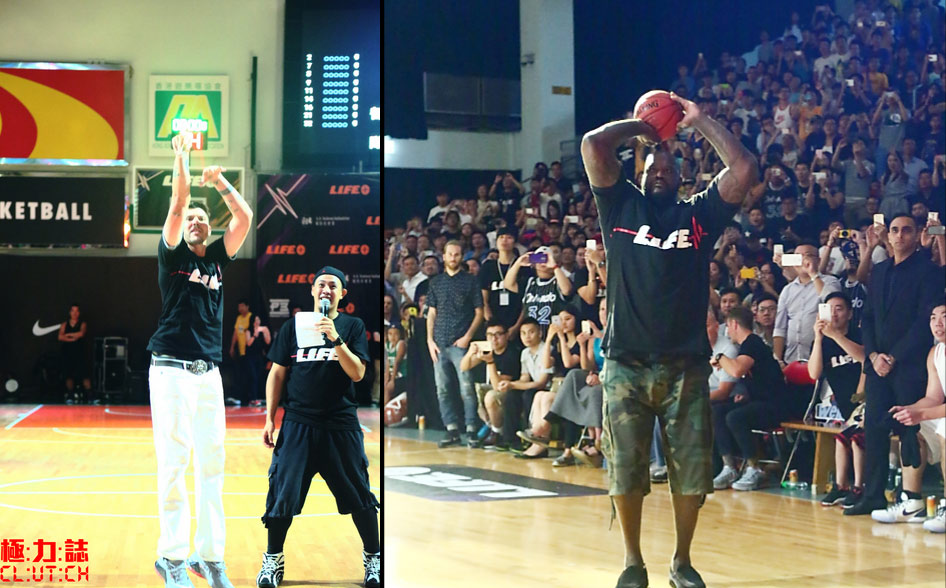 Miller, who set the NBA record for most 3s (7) by a player off the bench, was obviously the favorite but Shaq does have 3 3-pointers to his name. Actually he’s only made 1 3-pointer during a regular season game (which was luck) but he made 2 others (once against the Knicks and once against the Clippers) during pre-season games with the Magic. Here’s his official 3.

Back to the Hong Kong game, here’s a few pics from Clutch.hk of Shaq & Miller acting a fool. 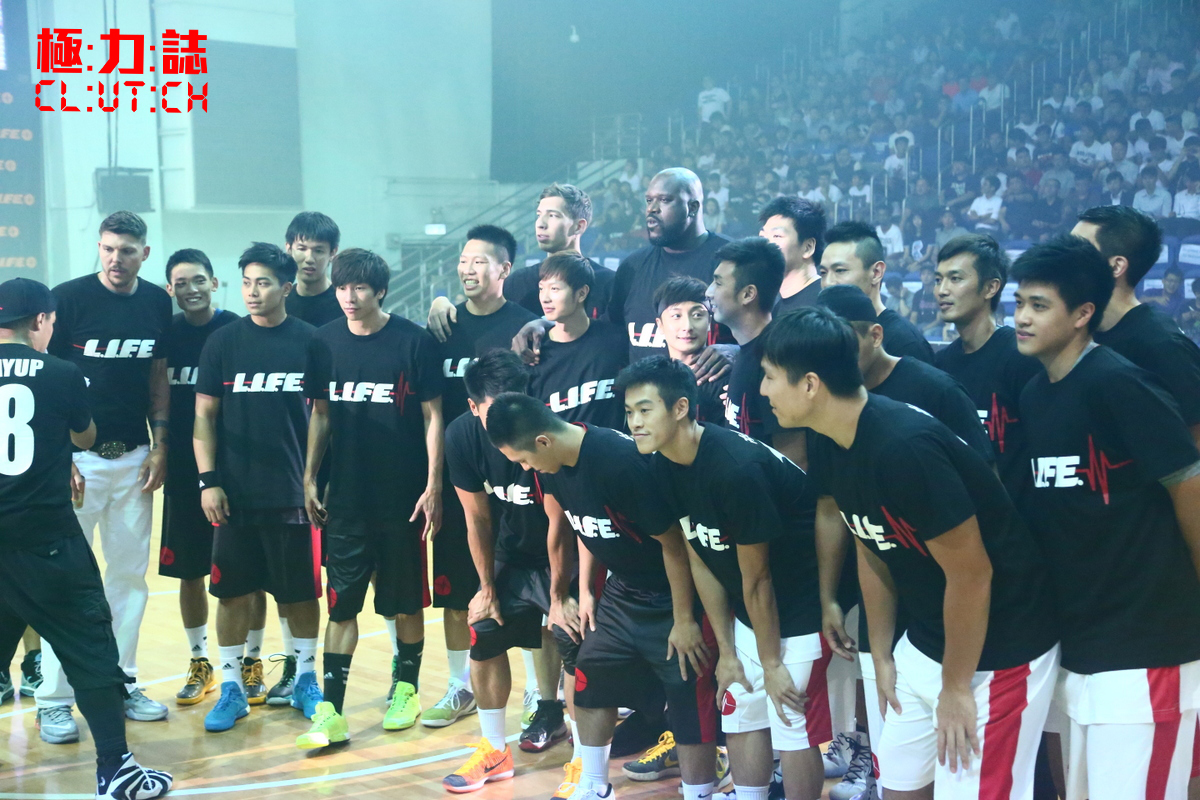 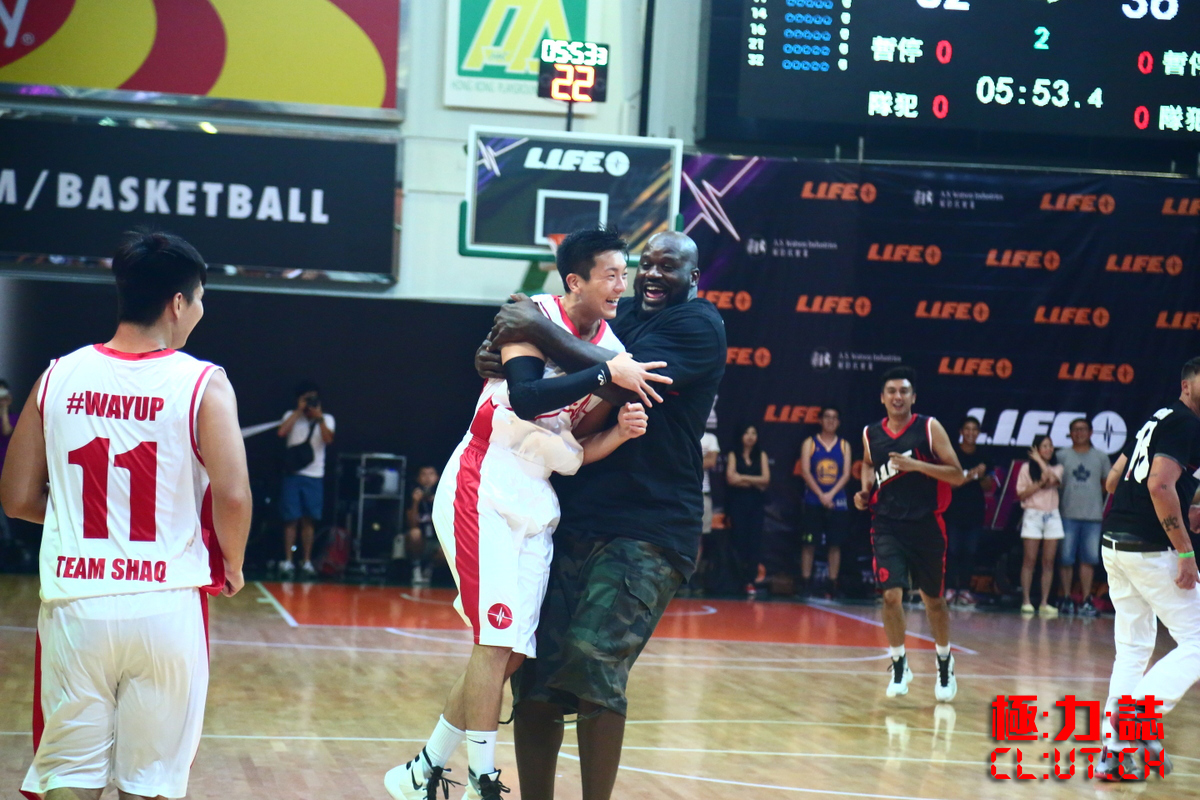 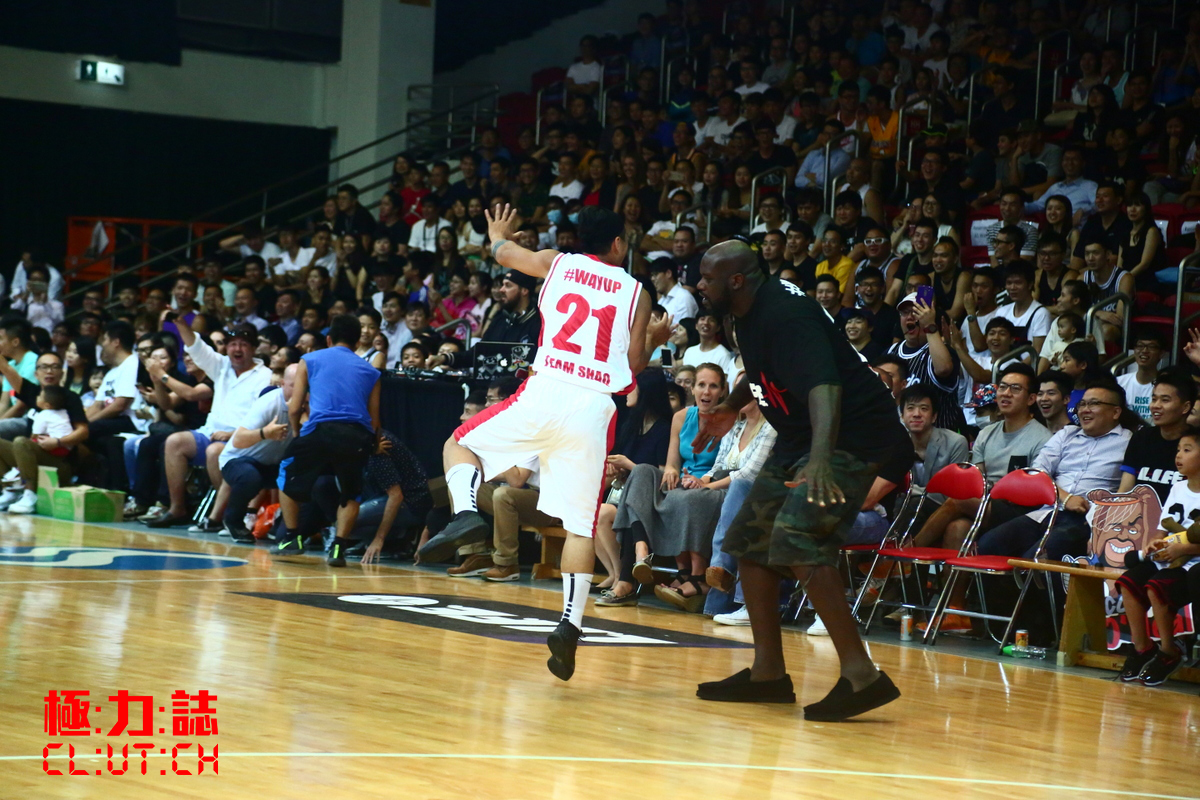