Check out 15 year old Shareef O’Neal, the the son of NBA Legend and TV analyst Shaquille O’Neal, catch a ridiculous pass behind him to slam down the oop during the Fab 48 tournament in Vegas.

You might remember back in May when Shareef’s name went viral after a video was released of Shaq cheering on his 6’8 son as he dominated his competition. A week after the video dropped, USC dropped an offer in the mail box of Shareef.

After the offers started coming in, Shaq told TMZ he was “happy and a little jealous” of all the exposure his son was getting since Shaq was an unknown until his senior year of high school. 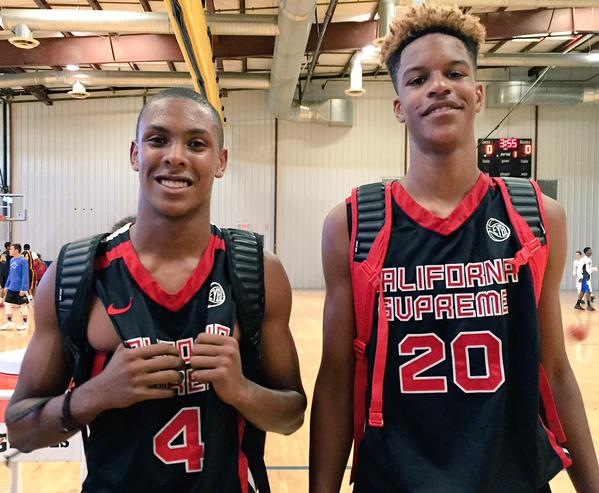