Dirk had a tough night against the Warriors on Saturday night.  He spent most of his 23 minutes at the free throw line where he made 12 of 15 shots and took a low blow from Shaun Livingston in the 3rd quarter.

“He kind of sat back to create space with his lower area, and it was just bad timing,” Livingston said about the hit. “Eleven years in the league, I haven’t had a dirty play. It looked worse than it actually was.”

Livingston was booed every time he touched the ball (the game ball) after the flagrant foul.

“It’s not for public consumption,” Carlisle said. “I didn’t see the play. But if they called a flagrant foul on it, then there had to be something there. You don’t want to see stuff like that, especially on guys like Dirk.”

The loss was the Mavs 6th in their last 8 games. 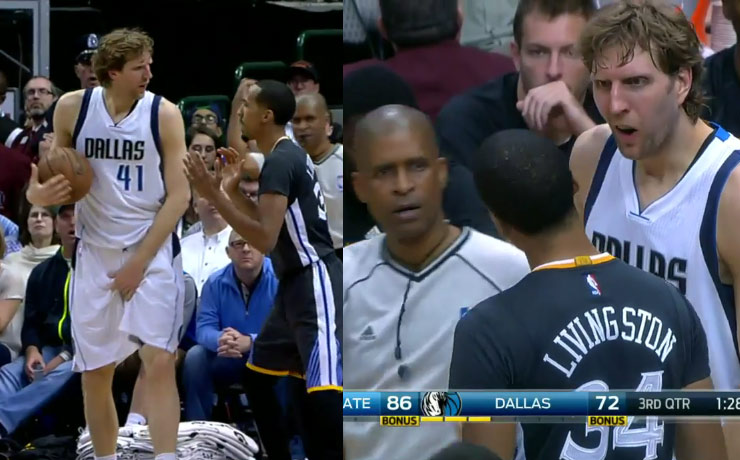