I’ve taken a lot of criticism over the past few years for calling Mahmoud Abdul-Rauf (formerly Chris Jackson) the best freshman NCAA scorer ever even though I’m well aware of the insane stats Pete Maravich put up for the same college team a few decades earlier. Also, for agreeing with Phil Jackson about the Steph Curry comparison and saying, “If you like the way Steph Curry plays then you will love Rauf.” Today, I get to remind those same people of my appreciation for Rauf by sharing this awesome video of him conducting a shooting session, while wearing a Steph Curry shirt, and shouting out things like, “If it don’t go all net it don’t count!”

Damn, I miss this guy. A guy who scored 48 and 53 in his first month of his college career, 55 a month later and ended his season with the NCAA freshman scoring record; A guy who dropped 39 points and 10 assists on Jason Kidd one week after putting up 51 on John Stockton, which came a few weeks after putting up 30 points, 20 assists and 8 rebounds; A guy who did a lot of things in the 90s that players are praised for today. 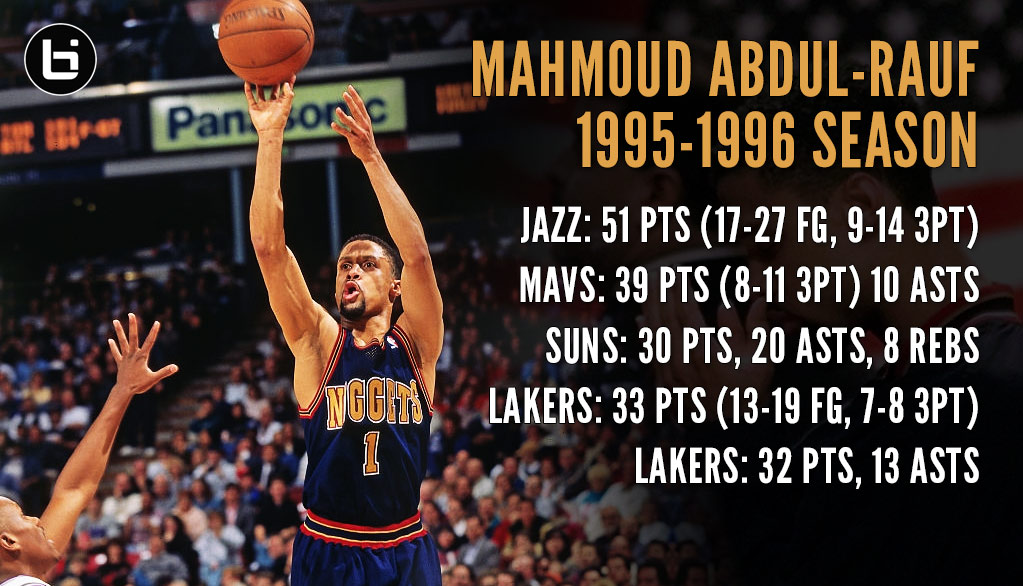