If Marcus Smart didn’t have a rep for flopping and Aaron Gordon wasn’t one of the league’s best high-flyers, the refs might have called a charge on this play. Then again, Smart did flop a little and it sucks to see great dunks wiped away with charge calls so the refs did what refs always did with Shawn Kemp dunks, which left lots of defenders looking like Smart on the ground and fans near the basket looking like they just walked in on their parents doing nastier things than this dunk. 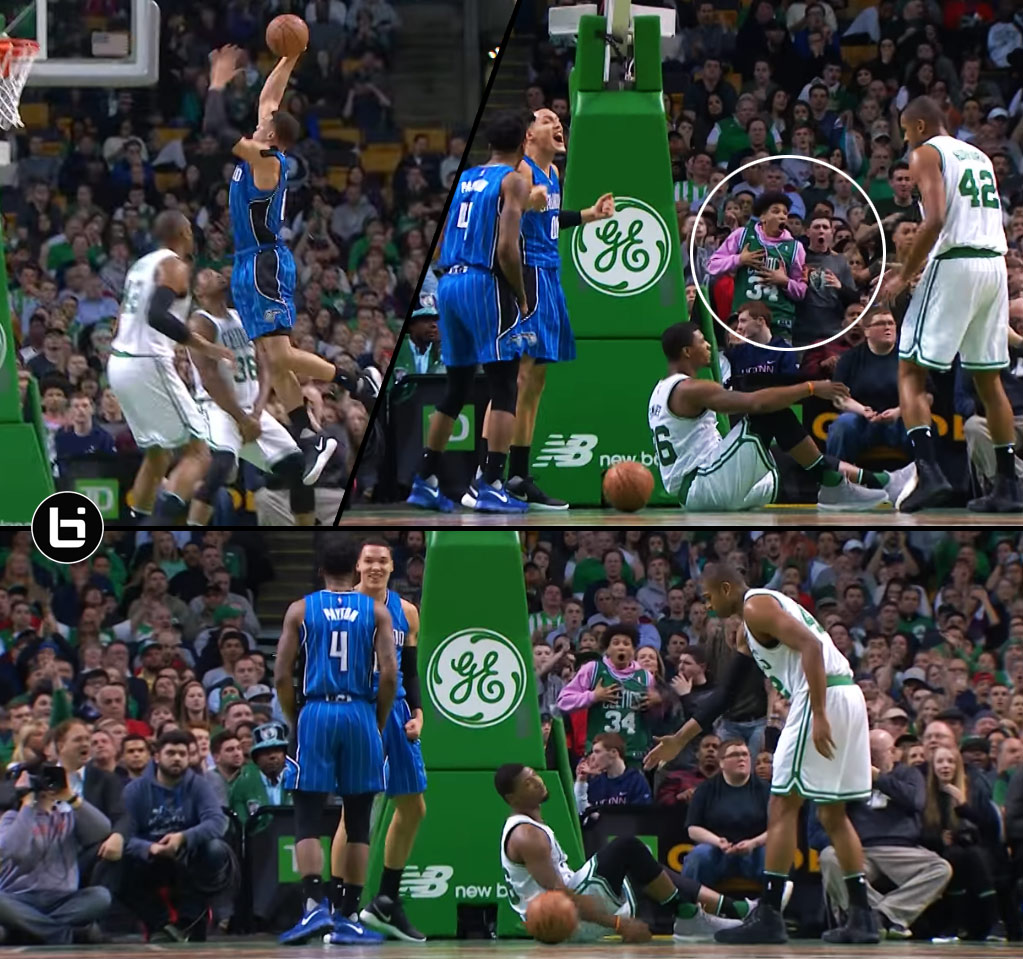 Gordon was red-hot in the first half, scoring 20 of his team-high 32. He also had 16 boards, 2 blocks and was three of five from three in the one-point loss.