LeBron’s “first home game” of 2014 wasn’t with the Cavs and wasn’t in Cleveland. It was at Patterson Park in Akron back on September 25th.

In this extended version of the new Sprite video titled “The First Home Game,” we see LeBron attending a basketball clinic and pick-up game at the park which hasn’t been updated in over 20 years.

A 30-second version of this commercial will air during the TNT broadcast of the Cavs-Knicks game on Thursday night.

ATLANTA ­ October 27, 2014 ­ Today, Sprite is launching a new inspirational video that captures LeBron¹s return to his hometown of Akron from a whole new perspective. Directed by Jason Rosenberg of the Bandito Brothers, the video ³The First Home Game,² features James’ on-the-court highlight footage as local fans share their anticipation for his first home court appearance of the season. “I Bet My Life,” the new single from Grammy Award-winning rock band Imagine Dragons, serves as the background track.

“We¹ve been with LeBron since the beginning and we¹re looking forward to the next chapter in his illustrious career,” said Kimberly Paige, Associate Vice President, Sprite Brands, Coca-Cola North America. “LeBron¹s decision to come home embodies the Spritebrand’s Obey Your Thirst® mantra, and we¹re proud to help tell the story of his return to Northeast Ohio.” 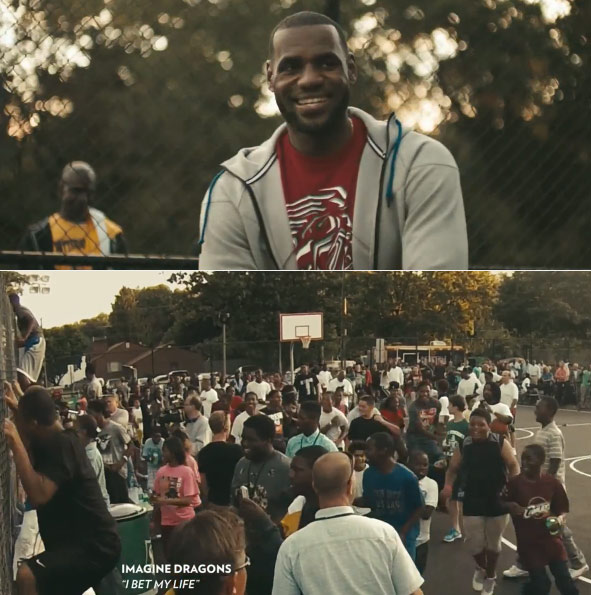