After averaging 16 points and 7 rebounds in the Vegas Summer League, Pistons’ 8th pick Stanley Johnson was named the top rookie by ESPN and NBA.com. During that summer league, he dominated the Pacers with 20 points, 10 boards, 3 steals and 2 blocks in just 26 minutes – but that was just summer league game.

On Tuesday, Stanley got to play the Pacers with their stars and once again he shined with a team-high 26 points, 4 assists and 2 steals – but that was just a preseason game. 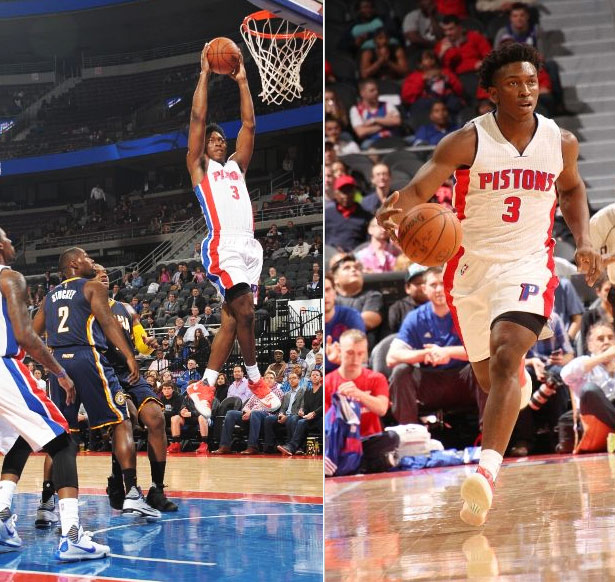 (Photo by D. Williams & B. Sevald / Einstein/NBAE via Getty Images) 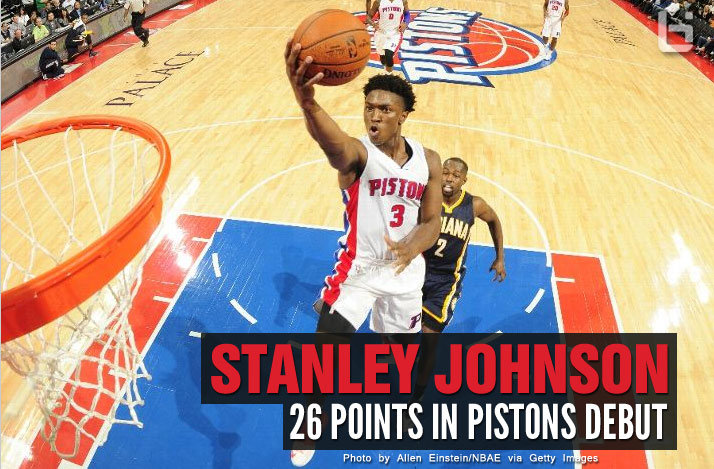