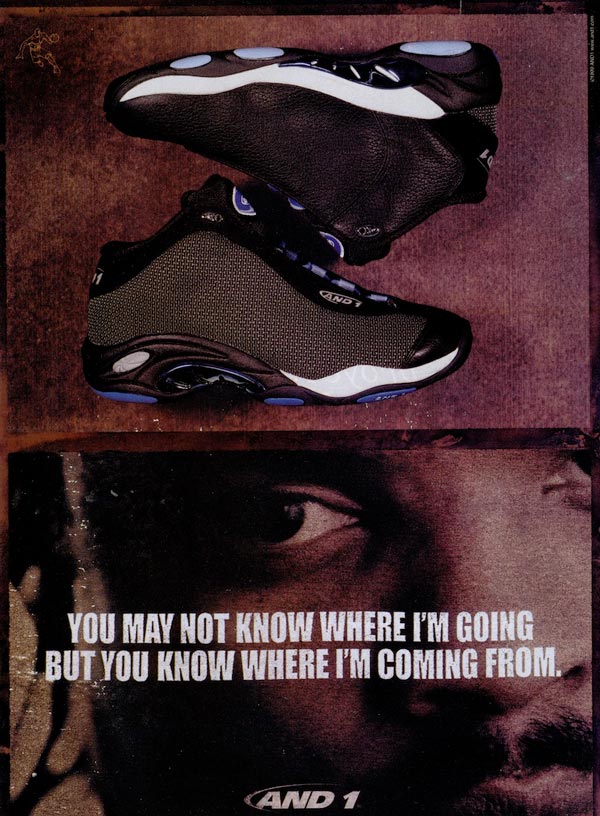 The And1 Tai Chi. There was a point where And1 dominated the streetball scene. Everybody wanted their shoes. To the point where And1 made a name for themselves by endorsing NBA players. Rafer Alston, Stephon Marbury, KG, Jason Williams, & Latrell Sprewell. All advocates of the trash talking tees, street swagger, and maestros of basketball, all those guys made And1 a brand no to f*ck with back in the day. Each one of those represented And1 the best way the brand can be represented. That’s why the Tai Chi’s speak volumes when mentioned in any sort of sneaker talk. 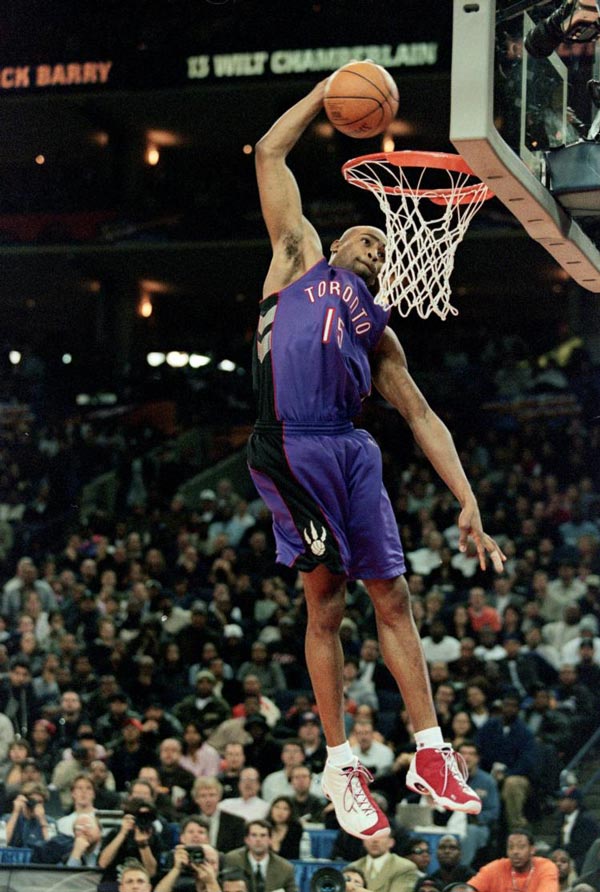 Back when Vince Carter was an electrifying act to watch, Carter opted for the Tai Chi’s in the All Star Dunk Contest back in 2000. What’s funny is that with that crazy show that Carter put on, he eleveated the Tai Chi’s to what they had become. And he wasn’t even signed to And1, the following year Carter signed with Nike. Vince Carter then became the face of the iconic Nice Shox.

Originally released in 1999, the And1 Tai Chi retailed for only $75! Nowadays basketball shoes are nearly $200. At that time, the Tai Chi’s competed with the likes of Foamposites and Jordan sneakers. Considering the two tone uppers always looked good no matter the colorway. PE’s were always dope to see since you’d never see them in the shop. 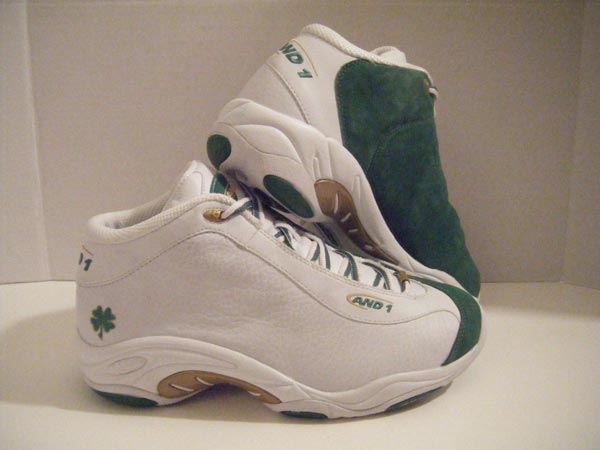 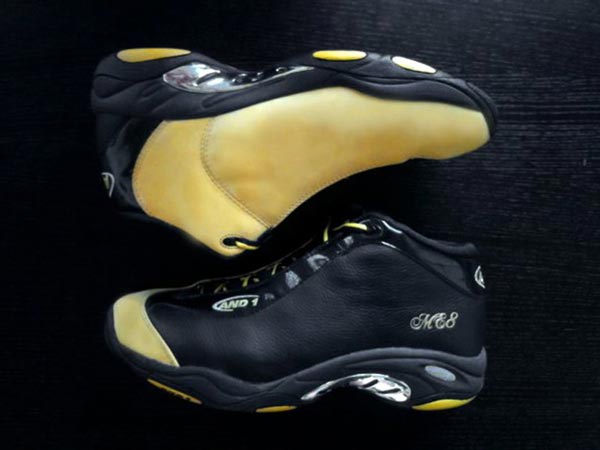 The early 2000’s was prime for any And1 advocate. Mainly guards who wore the sneaker since it was pretty low compared to most shoes and its light weight made a good fit for the quick sneaky players. Any news related to the Tai Chi was worth knowing about. It was one of the top sneakers to have at that time.

The two toned silhouettes is what really made the sneaker. On one side you’d have a subtle color and then the other side would contrast the sneaker so much with another color. A direct correlation to the Ying-Yang symbol. Then there were a few collaborations because thats how popular the shoe was. SLAM was possibly the biggest collaboration in the past. Last year in 2015, BAIT decided to collaborate with the company. A genuine attempt to bring the sneaker back into the game but also a tribute to one of the greatest sneakers of all time. 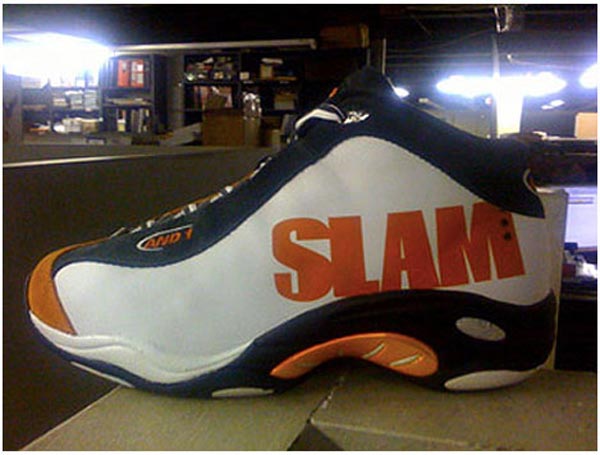 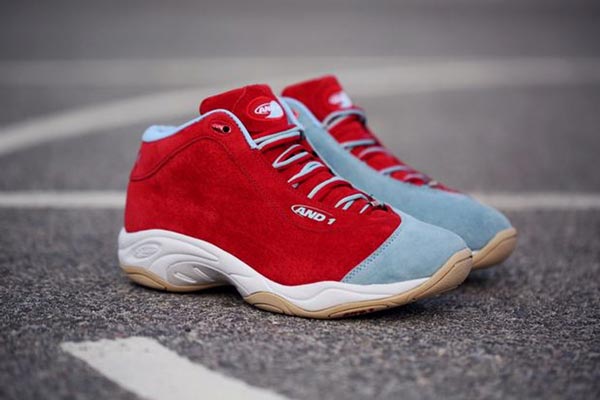 The Tai Chi was the shoe to have. It’s design brought the balancing of a statement and style to the court when other shoes had a lot to say as well. Another reason why the Tai Chi was such a successful sneaker was because the fact that they actually sold really well also. High school teams were picking up the sneaker for their team shoes because of the well thought out colors. The variety of colors complimented many schools which allowed them to rock the sneakers.

It wasn’t until And1 signed college phenom Stephon Marbury in 1996 that soldifed And1 as a major player in the professional basketball industry. Along came Garnett in 2001 and Latrell Sprewell, whom rocked the Tai Chi’s during his revival run with the New York Knicks. And1 has some serious talent on their roster. That’s why they were key players in the basketball sneaker industry back in the day. 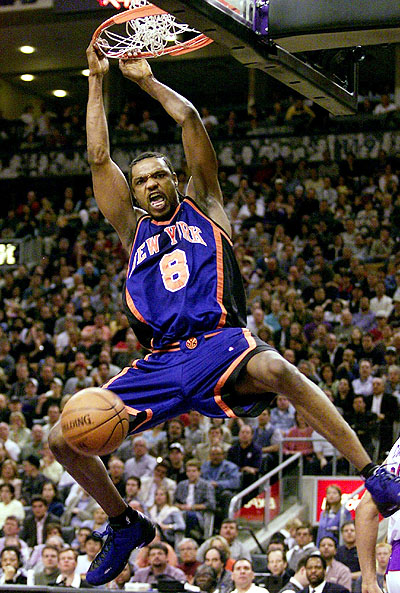 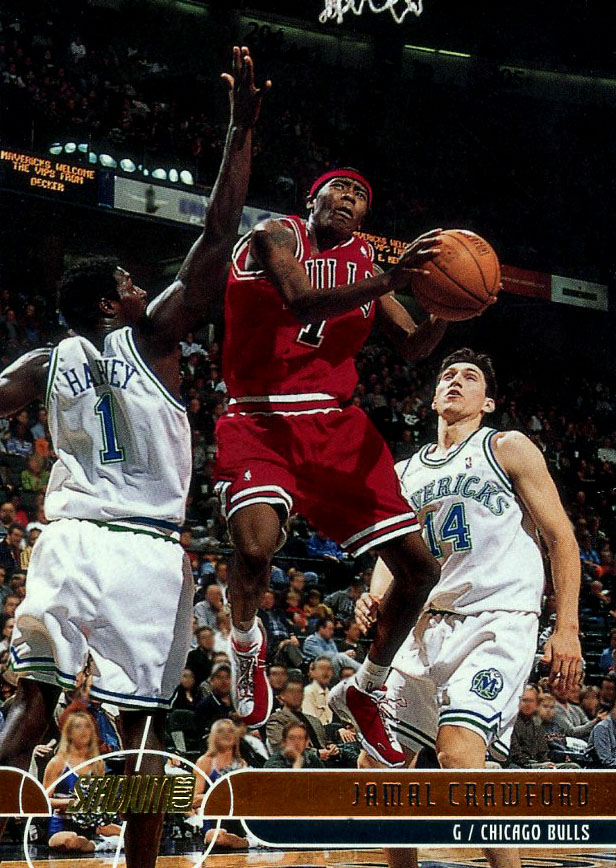 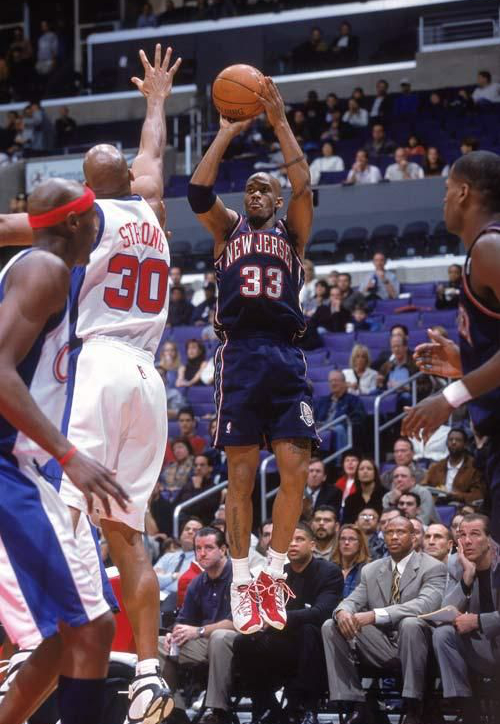 To this day not many players opt to wear And1’s in the modern day league. Lance “Born Ready” Stephenson has chosen otherwise. To this day Lance proudly wears the And1 Tai Chi and proudly represent the And1 family like it was still 2001. Stephenson is still receiving the PE’s we all dreamed of having as a kid. Considering this is his third team with the LA Clippers. I’m sure its safe to say that Lance has a solid amount of PE’s when it comes to the Tai Chi’s. 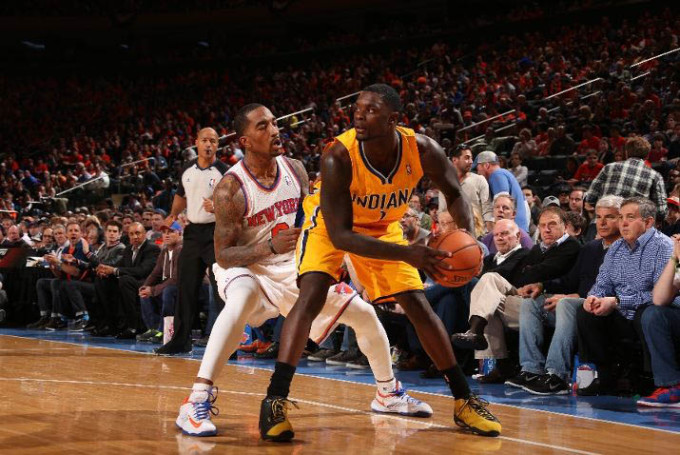 There was one guy who represented And1 like no other. Rafer Alston. Also known as “Skip to my Lou” who came straight from the streetball scene and made it into the NBA as a solid point guard. Although the beginning of his career wasn’t the best, his time came towards the tail end of his career. Holding down point guard roles with the the Orlando Magic and Houston Rockets. The legend of Skip to my Lou went viral via old vhs tapes of him hooping and getting buckets. Next thing you know the guy got a scholarship to Fresno State University which of course led him to the NBA. When Rafer Alston was wearing the Tai Chi’s it didn’t make too much noise since it was the early stages of his career, although he still did show flashes of potential to run a squad. 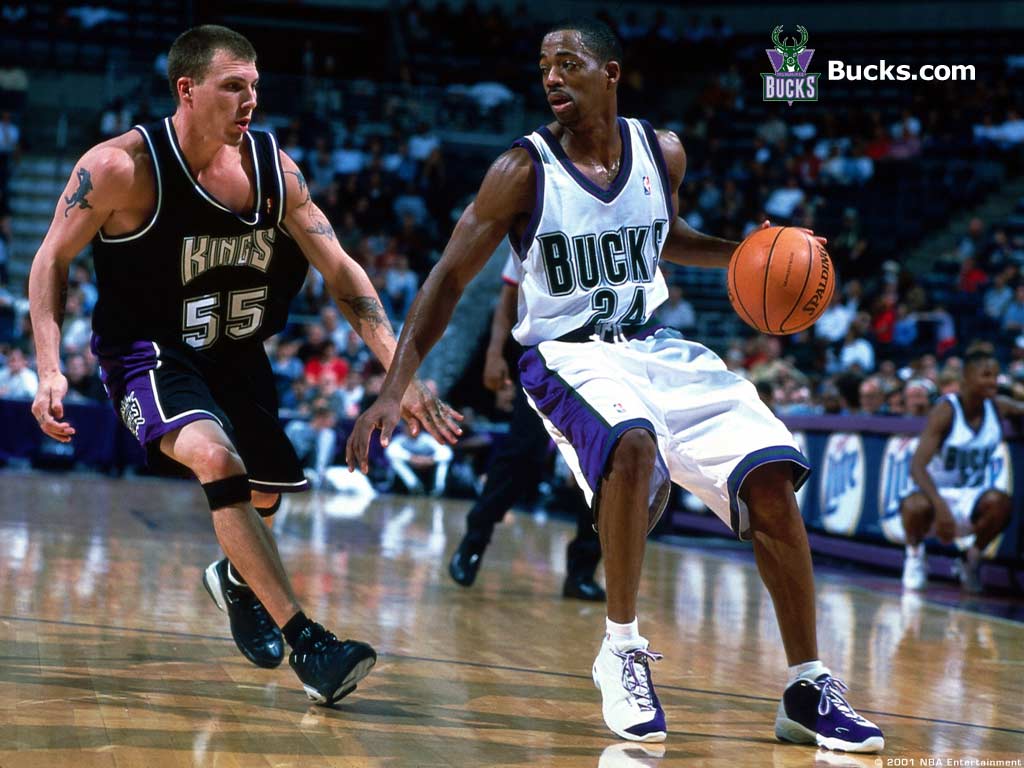 The Tai Chi will definitely go down as one of the greatest basketball shoe to ever grace the scene. Hoopers loved the shoe. One of the most sought out sneaker at its time. Even though it wasn’t the best performance sneaker, it still held its own. Now the question is… will we ever see a re-release of the And1 Tai Chi? Only time will tell.

Check out some of these other notable PE’s of the And1 Tai Chi. 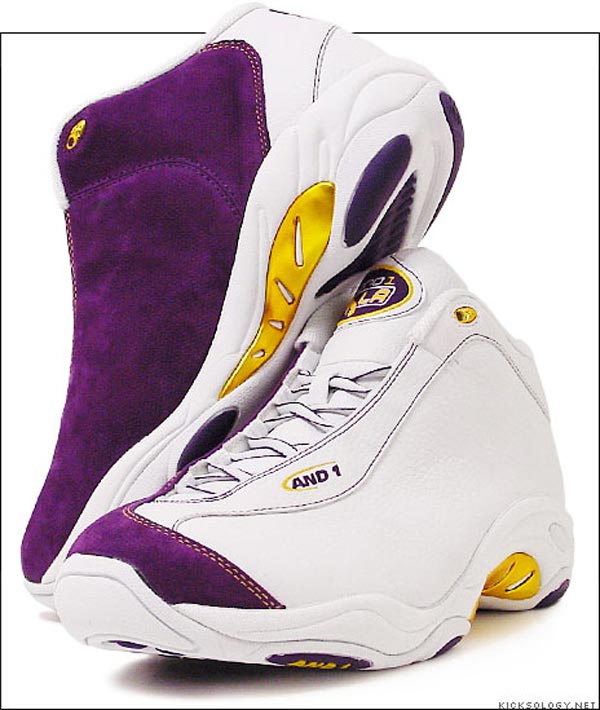 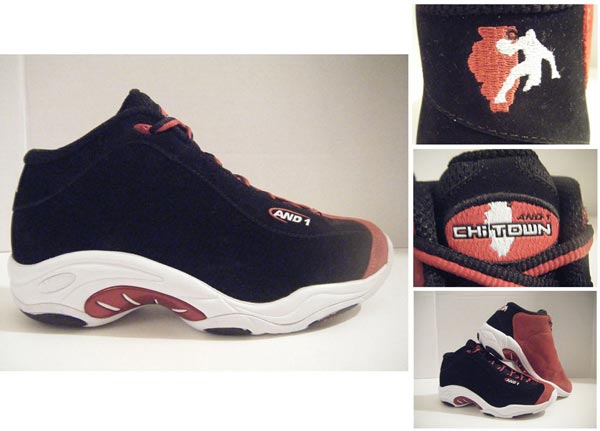 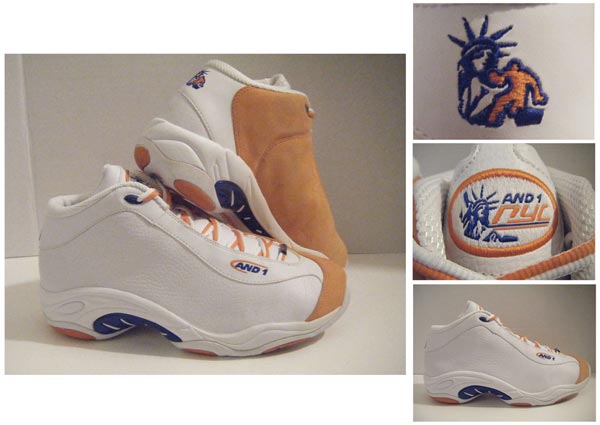 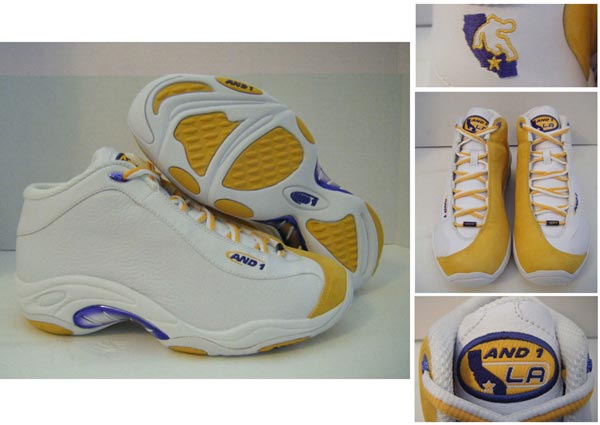 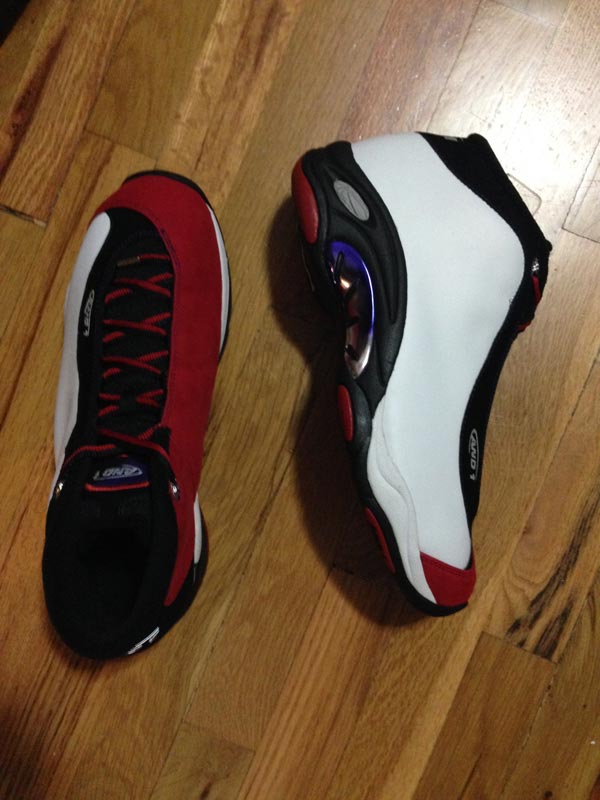