Damian Lillard aka Dame Dolla has gone from freestyle friday raps on Instagram to underrated mixtape tracks on Soundcloud to standout songs that are now featured in major commercials.  His latest release, “Bigger Than Us,” can be heard in the new JBL Pulse 2 speaker commercial featuring Steph Curry and is the real star of the ad.

You can preview and buy the full song by Dame and Paul Rey on Itunes.

With the release of the JBL Pulse 2 bluetooth speaker, JBL wants the world to understand what it’s like to Listen in Color. In this short film, watch Stephen Curry’s sensational basketball skills light up a boring game of pick-up basketball. Stephen’s play ignites the other players on the court, turning seemingly black and white basketball into a colorful explosion of athletic prowess.

Stephen’s powers are only made stronger by the soundtrack – a colorful message from another NBA superstar, Damian Lillard. Dame’s song, “Bigger Than Us,” adds another dimension to Listen in Color. Learn more at www.jbl.com/pulse 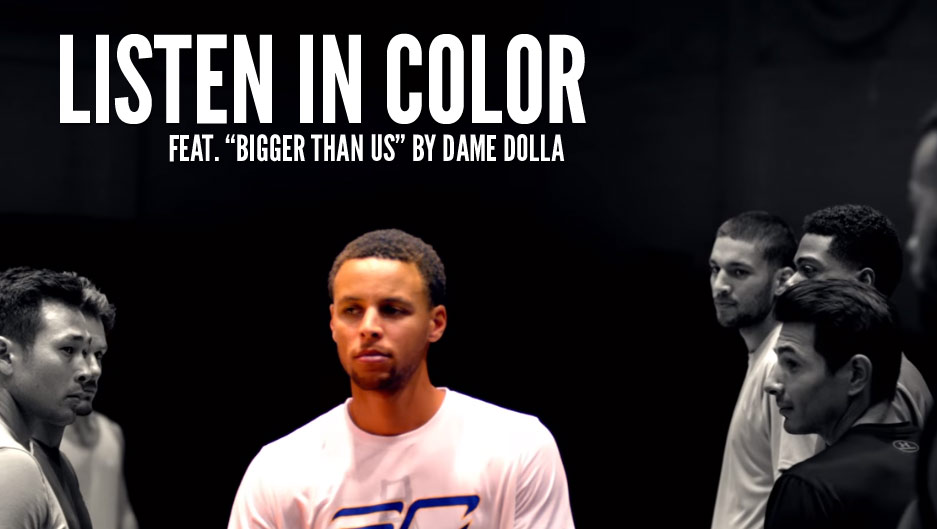