“It was an incredible play and I enjoyed watching it from my front-row seat,” said Draymond Green after one of the many, many ridiculous shots by Steph Curry in the 4th. of Game 5.

The Chef tied a NBA record for most points in the 4th by scoring 17 of his 37 points in the final quarter of the win. 21 of those 37 came off of sick by even Curry standards 3-pointers. The best one came at the 7:36 mark of the 4th after LeBron put the Cavs up by 1 with a deep 3-pointer.  Curry gave Delly (remember him?) a few moves before hitting a can-you-top-this 3 and then flashing his mean muggin’ face to the crowd.

With less than 3 minutes left in the game and a 7 point lead, Curry gave us one more reminder that Delly’s name should never be brought up again as a Curry stopper and that Steph has one awesome Mom. 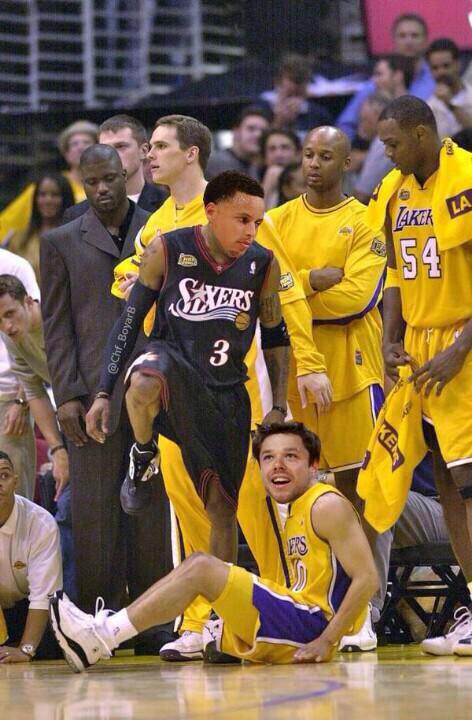 “It was a fun moment, but it will only mean something — and I’ll probably have a better answer for that question after we win that championship — but signature moments only come for players who are holding the trophy,” said Curry who is now just 5 3-pointers away from breaking Danny Green’s NBA finals record for most 3s in a series.