Who needs Kent Bazemore (actually the Hawks do right now)? Steph Curry did everything last night in the GM2 win vs the Rockets including celebrating after a dunk in a way that would make the former Warrior Bazemore proud.

The over-the-top bench celebration happened early in the 2nd quarter after Barbosa came away with a steal, passed to Bogut who dropped the ball off to a trailing Andre Iguodala who threw down a throwback Thursday dunk over Dwight Howard to give Golden State a 12 point lead.

The dunk was 1 of just 2 field goals by Iggy but the MVP/cheerleader Curry made 13 on his way to 33 points and the Warriors came away with a 1 point victory that had every person in the arena acting like Curry did on this play. 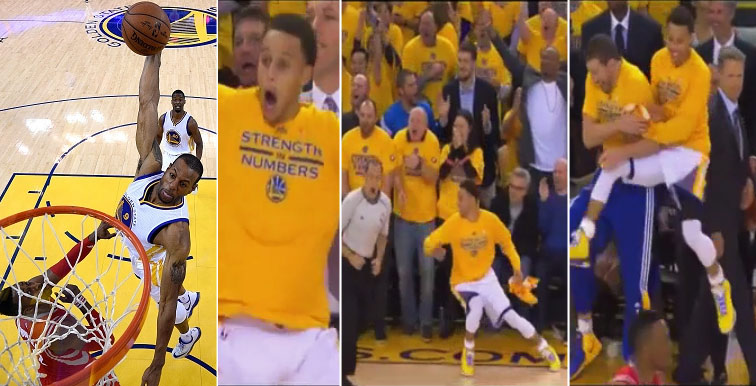 As awesome as it is to see Bazemore doing the dunking and making the highlights in Atlanta, I miss this guy on the Warriors’ bench.