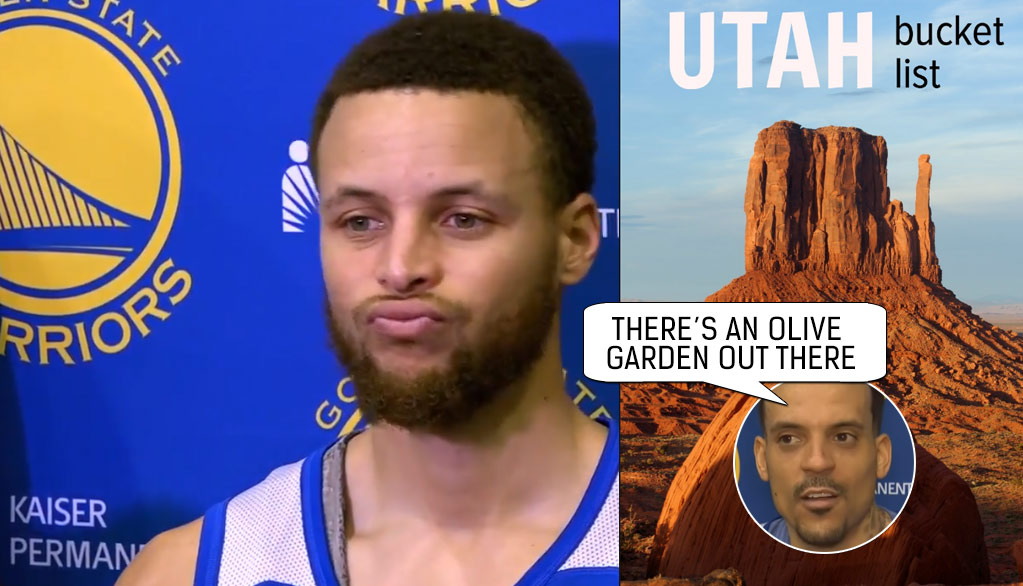 I’m sure you have heard the reports about a couple of Warriors rooting for the Clippers to beat the Jazz so they wouldn’t have to spend a few days in Utah.

“The problem with Utah is that you’re just sitting there and your mind is like dead, because in L.A. you still got energy for the game,” Iguodala said. “Because you’re in L.A., you’re like, ‘Man, this is just the vibe in L.A.’ but in Utah, it can kind of lull you to sleep. And then you’ve slept too long or I’m bored out of my mind and now you got to try to pump yourself up for the game. You know you’re in the playoffs and you’re supposed to be pumped anyway, but the vibe is just like, ‘Man, let’s just get out of here.'”

Matt Barnes also talked about the boring nightlife in Utah and the other reason why he wanted to face the Clippers.

Barnes did say he thinks “there’s an Olive Garden out there” so I guess that’s where a few autograph seekers in Utah might want to go to spot some Warriors.

After a Monday practice, Curry was asked about how he planned on spending his downtime in Utah and he had some amusing ideas (7:40 in the following video).

As for Klay Thompson, 2062 Harrison Blvd in Ogden, Utah might be the spot for him.

Or maybe they can hang out with Louis, who has some pretty nice beats in his videos.