“We’re better than we were last year.” said Steph Curry who scored 13 points in the final 6 minutes to help the Warriors overcome a 10 point deficit in the 4th to beat Chris Paul and the Clippers 112-108.

“It was good for us to feel a little bit of adversity against a good team like that. We’re not going to blow everybody out this year. We answered the bell.”

The final bell sound for the Clippers was a Curry 3-pointer with just over a minute left in the game.

The big 3 over the long arms of DeAndre Jordan was his 7th of the game and came a few minutes after he hit back-to-back equally impressive 3-pointers to give the Warriors the lead.

“When we really needed him most, he stepped up for us and he made huge plays shooting deep 3s with people draped all over him,” interim coach Luke Walton said. “He’s a winner. He showed why he’s MVP of the league.”

The scariest thing about the MVP of the league is Curry is somehow playing better this season and putting up numbers that would make Wilt Chamberlain proud.  Numbers like this: 179 points in 159 minutes on 101 shots!

So how do you like them apples? And considering the Warriors are 5-0, they just might be better than they were last year. 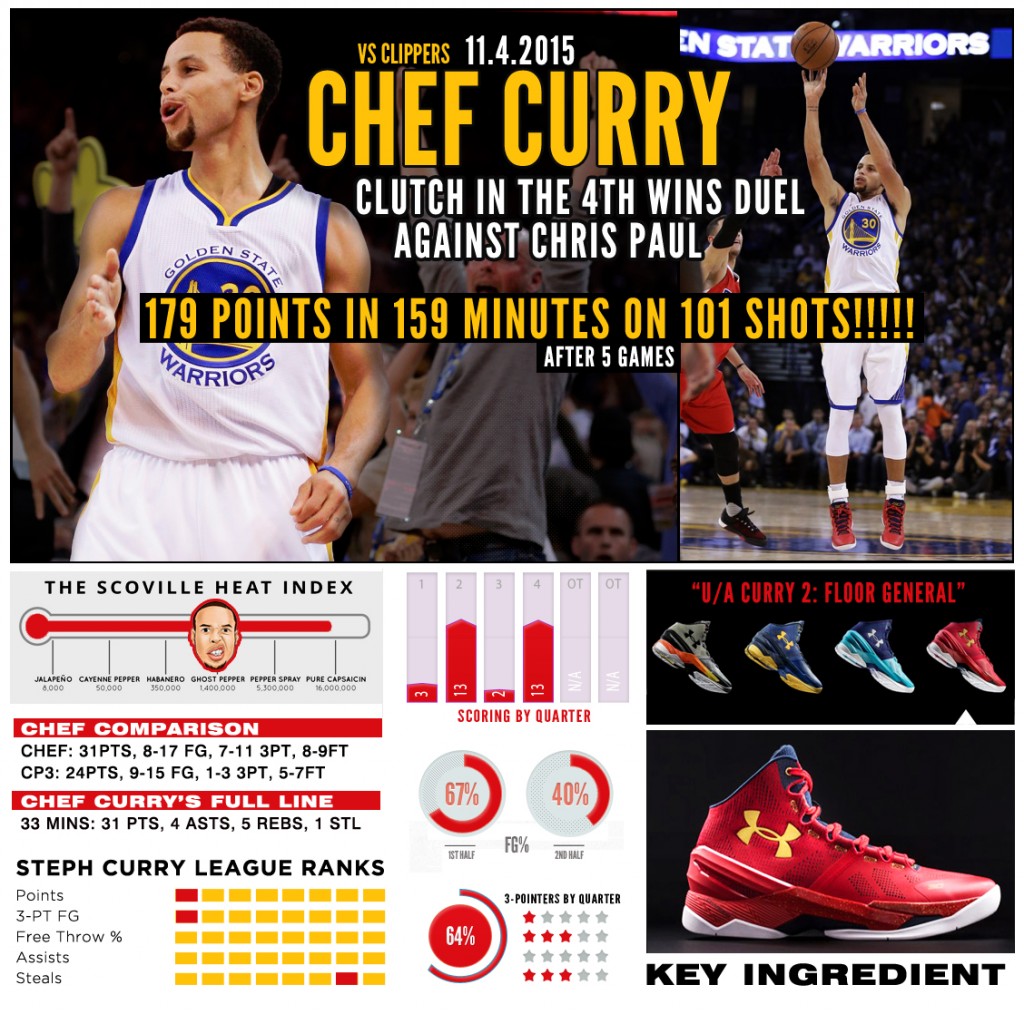