For 21 minutes, Steph Curry was scoreless. Then after a missed 3-pointer while being guarded by his brother, Seth, he caught fire and went off for 17 points in the final 3 minutes of the first half!

“It was a very cool moment,” Steph Curry said. “I missed, and he let me know about it. After that I was able to see a couple go in.”

A couple? Try five 3-pointers during those 3 minutes!

“He’s done that so many times throughout the year, I don’t think that’s me, per se,” Seth Curry said. “He’s going to turn it up. He’s done that probably once a game, had a run like that. We tried to stop him from getting going, but it’s tough. The game was going so fast at that time, that’s when he’s at his best.”

Worth mentioning is Seth’s teammate Omir Casspi, who connected on 4 of his 7 first half 3-pointers during that 3 minute stretch.

Casspi finished with a career-high 36 points and tied Mike Bibby for a franchise record with 9 3-pointers.

Curry finished with a career-high 14 rebounds to go with his 23 points and 10 assists. The triple double was the 6th in Curry’s career. 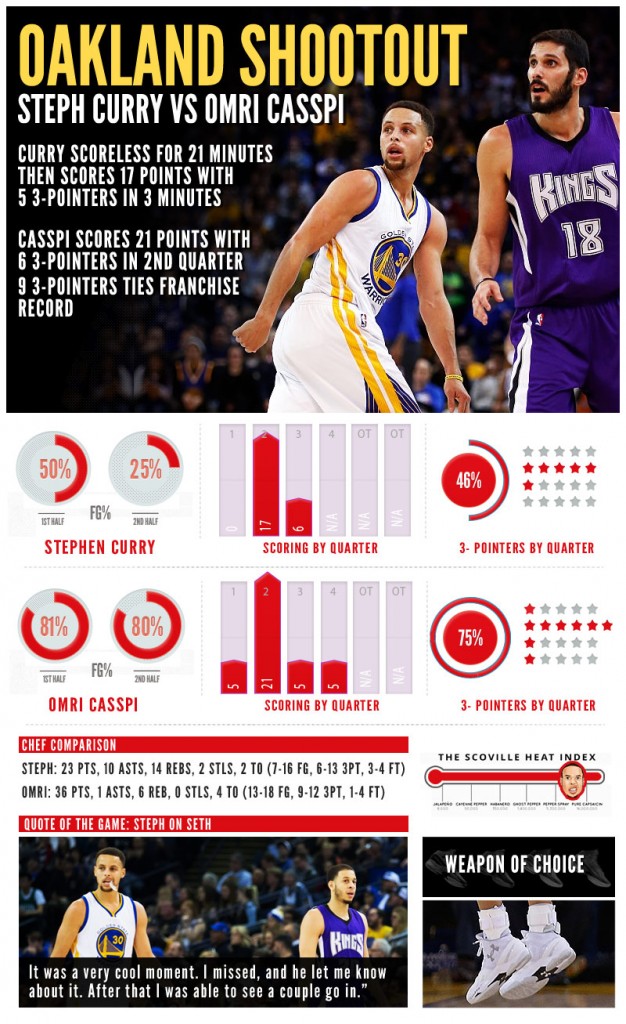