Add 5 more 3-pointers to Steph Curry’s NBA record for most 3-pointers in a season.  Curry now has 9 more than his previous record and 12 more than any other player in NBA history with 281 3’s and 2 remaining games in the season.

With the struggling TWolves in town, many thought Curry would sit or play limited minutes but he played and started off hot with 15 in the first quarter and 20 of his 34 points in the first half.  As for the struggling Wolves, who only had 7 active players, many probably thought they would just go through the motions too but they played as if they were trying to get into the playoffs and Zach LaVine played like he was trying to the get the MVP award.  The NBA slam dunk champ stepped up with career-highs of 37 points, 9 rebounds and 6 3-pointers in a losing effort.

As expected, the Timberwolves Twitter account was going nuts over LaVine’s performance but they also gave Curry a pretty funny mention. 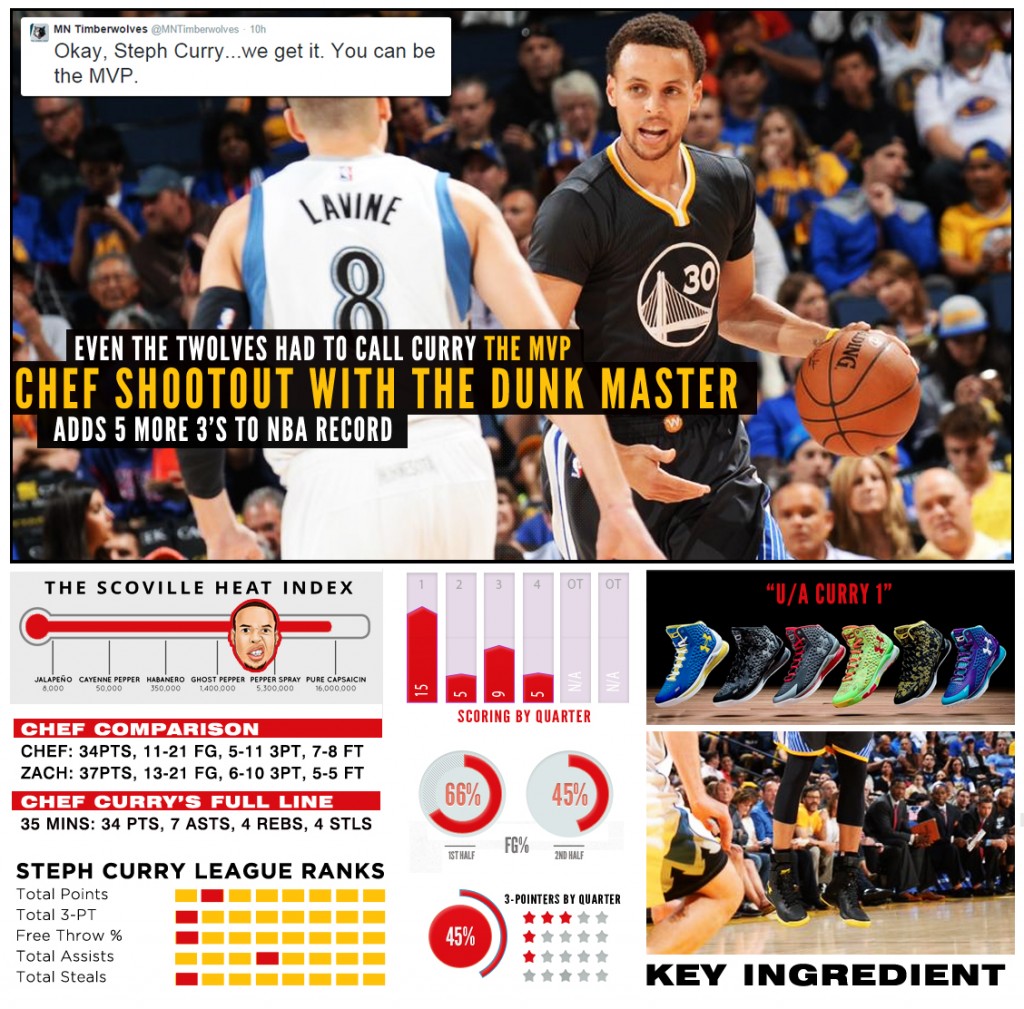