Chris Paul scored a season-high 35 points, including 18 in the opening quarter that saw the Clippers outscore the Warriors 41-25.  Steph Curry and the defending champs then chipped away at the lead for 2 quarters and went on in the 4th by hitting 11 of 15 shots including 8 of 9 from 3 to pull out a 124-117 win.

“Those numbers are insane,” said Blake Griffin. “They’re the better team. We’re trying to get to where they’re at.”

The Warriors are now 13-0 to start off the season.

“Obviously, you don’t get a trophy for it, but it’s just a nice storyline and a nice way to start the season,” said Curry who scored a game-high 40 points and grabbed a season-high 11 rebounds. “We want to enjoy this.”

We, as in basketball fans, all enjoyed it too and looked just like Jay-Z did in the following pic – tell that girl next to Jay to get off her phone! 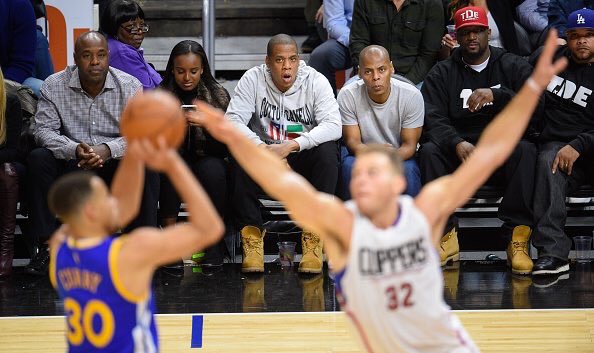 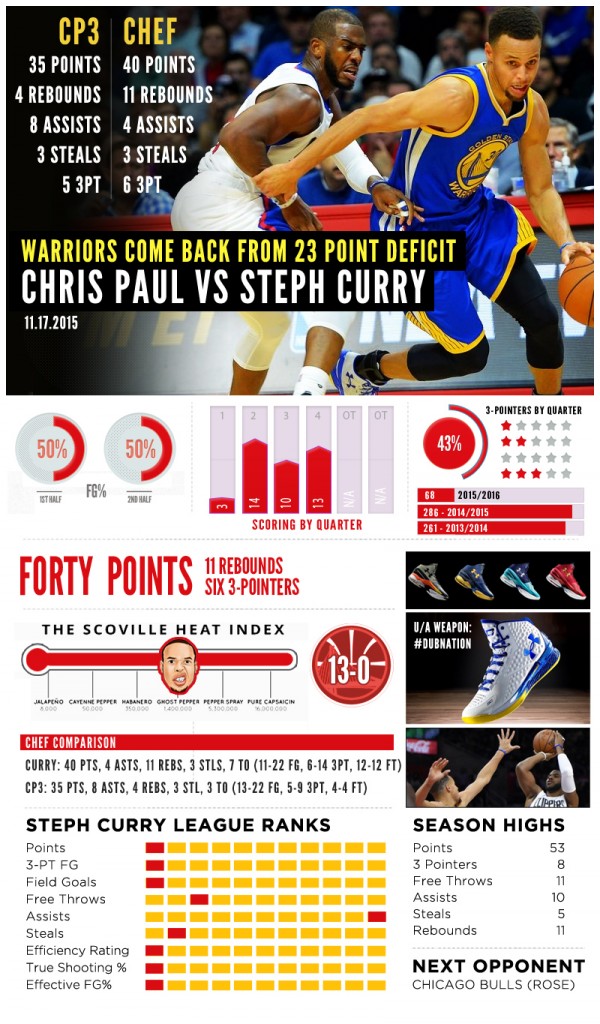