Earlier in the week Kings coach George Karl called Seth Curry the best defender on the team.  On Saturday night, that defender had a couple opportunities to defemd a player he knows better than any other player in the league….and had absolutely no luck stopping him. That player was his big brother, Steph Curry – arguably the best offensive player in the league.

Steph didn’t just abuse little bro, he treated every player – from Rondo to Collison – like a little brother you can smack around and finished with 38 points, 11 assists, 6 rebounds and 8 3-pointers (3 more than the gonna get some quota he needs).

“Steph was making his jumper, and when he does, he’s tough to stop,” teammate Andrew Bogut said.

Little bro, Seth Curry, only played 8 minutes and finished with a rebound – he was the only player in the game to play an not attempt a shot. 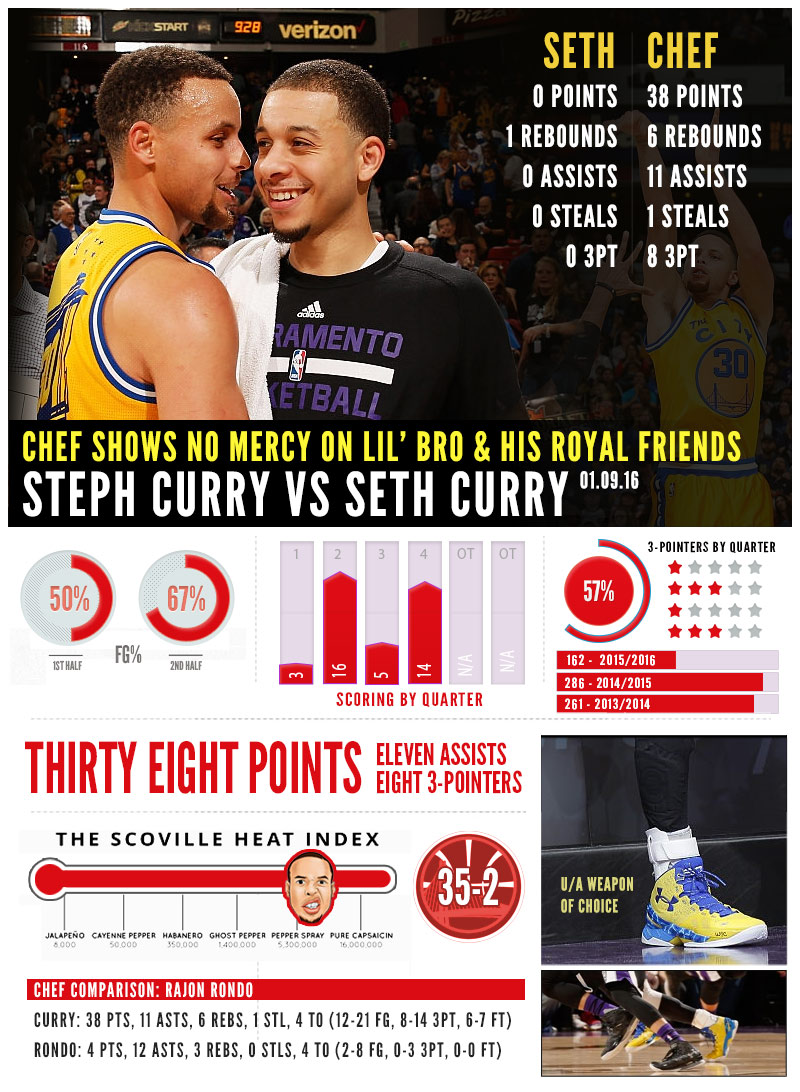