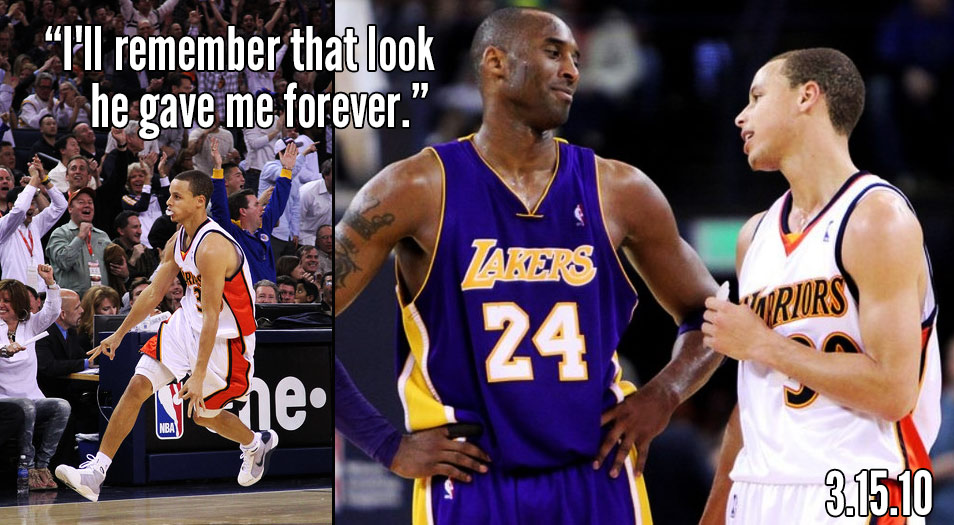 In a recent interview with GQ Magazine, Steph Curry revealed the day he inherited Kobe Bryant’s killer instinct and the power to become the most deadly offensive force in the NBA.  Actually, it’s just a story about a rookie getting scared shitless by a legend who loves to pick on rookies…vets…teammates…and any and everything that breathes.

Skipper: “This being Kobe’s last All-Star game, do you have a favorite Kobe memory?”

Curry: “Our rookie year we were playing at Oracle and they had a 3-point lead down the stretch. He got fouled, going to the free throw line to ice the game with two free throws. As he’s walking from one end of the court to the other, I’m this rookie that’s just kind of living in the moment and I walk up to him as he’s walking to the free throw line: “Hey, man, you nervous about these free throws?” The look he gave me was so just mean and cold. Just like, “What are you talking about? Get out of my face, you dumb rookie.” He obviously made the two free throws and they won. I’ll remember that look he gave me forever.”

Actually, if Curry is referring to the final 10 seconds of the March 15th of 2010 game, Kobe missed 1 of the two free throws. Oh well, the story sounds better with Kobe making both.

Kobe might not have given Curry any love back then but has given Curry a lot of props in the past few years. Sometimes in the form of a pat on the butt. 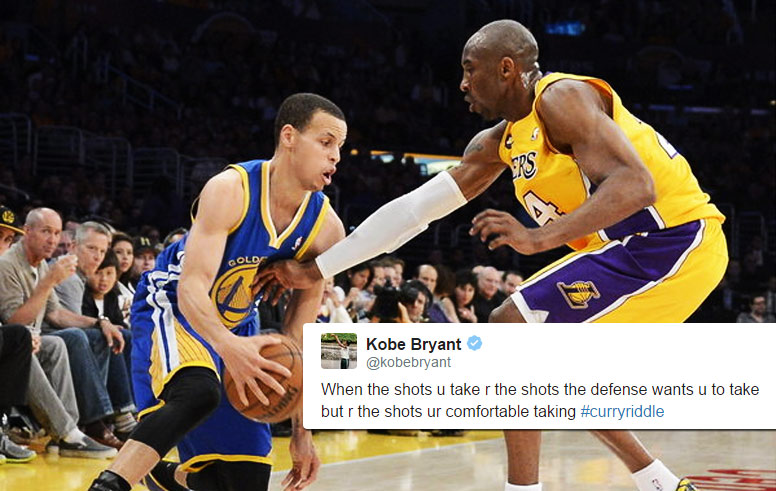 So how did the Chef do during his rookie season against the Lakers? The first time he got to step on a court with Kobe was on November 28th of 2009. Curry scored 13 points and dished out 8 assists in a 33 point loss to the Lakers. Kobe had 20 points, 5 boards, 5 dimes and 5 steals.

Steph flirted with a triple double (11/10/8)  in his 3rd meeting with the Lakers but still lost by 10 even though LA played without Kobe.

The 4th and final meeting is when the story Steph told happened. The Lakers won 124-121 despite 29 points and 9 assists from Curry; Kobe also had 29.