I’m sure by now you have seen this viral clip of LaMelo Ball pointing at the half-court line and then casually draining a 3-pointer from the spot he pointed at. The deep three had some hoop fans comparing the youngest of the Ball Brothers to Steph Curry while some critics cursed his name for creating the “Curry generation.”

On Wednesday night against the Raptors, Curry did his best impersonation of Ball impersonating him by pointing to a mark behind the 3-point line and then knocking down the shot with a defender in his face! Or maybe he was just calling for a screen but where’s the fun in that story?

After racking up 28 points, 7 rebounds and 7 assists in the win, Curry was asked if he saw the Ball Is Life video of Ball.

“I did. I did. That was some confidence right there.” Said Curry. “I wonder if he’s done it before and missed it. This is the highlight-driven generation. That right there was pretty unbelievable. For him to call his shot like Babe Ruth then knock it down like nothing happened. Shout out to him.” 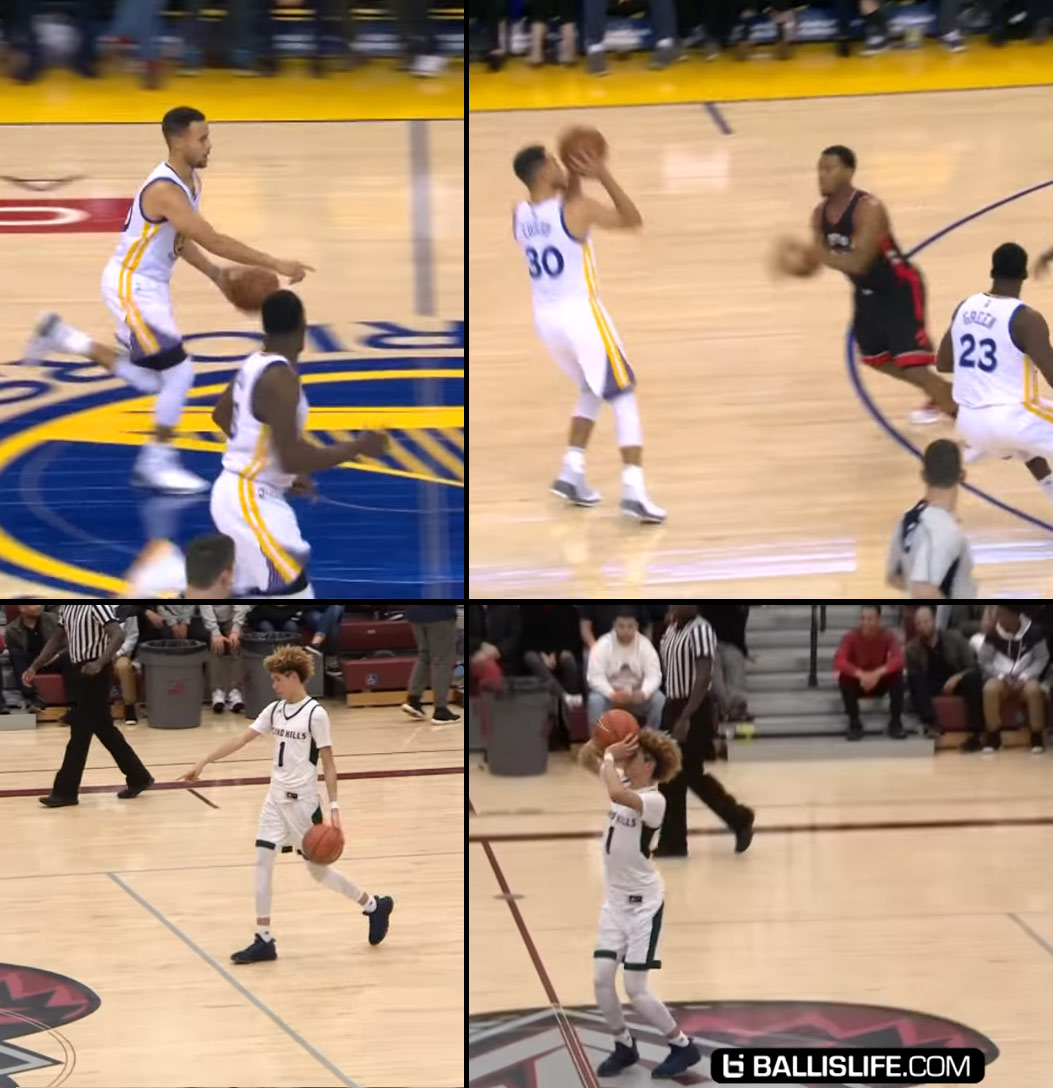